MSM deliver the official narrative message to the masses.

Most people believe almost anything repeated with disturbing regularity no matter how untrue when alternative voices are largely or entirely silenced.

There’s nothing remotely legitimate about the US installed coup d’etat regime in Kiev.

The Nazi-infested fascist state is used by US-dominated NATO as a platform for waging proxy war on Russia by endless aggression on four million Donbass residents along its border.

Around a fourth of them are Russian nationals.

Eight years of fruitless efforts by Russia to resolve (made-in-the-USA) conflict since April 2014 got Vladimir Putin to go a different way because of the growing threat to Russia’s security.

He acted with that aim in mind, to protect the lives and well-being of Russia’s Donbass nationals, along with preventing US/Western dark forces from setting central Europe more ablaze than already along its border.

The right of self-defense is inviolable under international law, including under Article 51 of the UN Charter.

It prohibits one nation from attacking another except in self-defense, stating:

“Nothing in the present Charter shall impair the inherent right of individual or collective self-defense if an armed attack occurs against a Member of the United Nations, until the Security Council has taken measures necessary to maintain international peace and security.”

Nothing under international law prohibits a nation from requesting and receiving help from other countries, groups, entities or individuals for any lawful purpose, including self-defense when attacked or if aggression is imminent.

Donbass leaders requested Russian help in response to escalated cross border shelling by Kiev, as well as tens of thousands of its troops massed menacingly along its border.

Russia answered their call by invoking Article 51 of the UN Charter — to end conflict along its border once and for all.

Its action now in day 8 is lawful under international law.

The longer it let a festering sore go unaddressed along its border, the more greatly its security would be jeopardized.

For nearly 8 years, Russia’s good faith conflict resolution efforts were undermined by Kiev as ordered by the US/West.

Ukraine is their creation, a monster serving their interests.

Its actions obey orders from abroad, mainly from Washington.

US/Western military and intelligence elements infest the country, along with private military contractors of every shape and kind.

They’re waging proxy war on Russia by endless hot war along its border on Donbass.

All nations free from US control are targeted for regime change.

Russian territory is by far the world’s largest land mass.

Longstanding US plans aim to balkanize and control Russia, its vast resource wealth and population.

“(T)he center of world power extending from Germany and Poland in the East through Russia and China to the Pacific and including the Middle East and the Indian subcontinent.”

According to his worldview, it’s essential for the US assure that “no state or combination of states gains the capacity to expel the US from Eurasia or even diminish significantly its decisive arbitration role.”

Who rules the Heartland commands the World-Island;

Mackinder’s World-Island was Eurasia, the European continent, the Middle East and Asia.

US-dominated “NATO put its frontline forces on our borders.”

“(It) does not have any relation with the modernization of the alliance itself or with ensuring security in Europe.”

“On the contrary, it represents a serious provocation that reduces the level of mutual trust.”

“And we have a right to ask: against whom is this expansion intended?”

“And what happened to the assurances…made (by the West) after the dissolution of the Warsaw Pact?”

After Russia’s lost 1990s decade under Western darling Boris Yeltsin,  Putin brought Russia back to be proud, assertive, and not about to roll over again to US interests, especially not throughout Eurasia.

For the past generation, Washington increasingly encroached on Russia’s borders menacingly.

The Pentagon encircled its land mass with military bases for offense.

For well over a century, the US sought political, economic and military control over Russia, China and other nations free from its control — especially post-WW II.

Events since last week heightened the risk of war between the world’s dominant nuclear powers.

Nothing from WW II’s end in 1945 to Soviet Russia’s 1991 dissolution matched the threat of MAD today.

Will all-out US/Western war on Russia by never before imposed draconian sanctions and other dirty tricks turn ongoing war by other means hot?

Will cutting Russia off from Western markets cross the line to potential nuclear war?

Will similar actions be taken against China to curb its growing political, economic, industrial, technological and military power at a time of US/Western decline?

Time and again, I discussed what I called the most perilous time in world history.

Ongoing events since last week should terrify everyone.

They crossed the line to unparalleled dangers with no certainty about where things are heading. 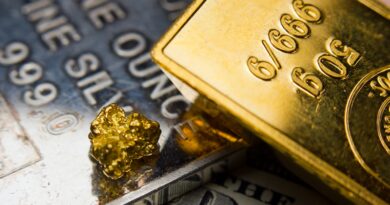