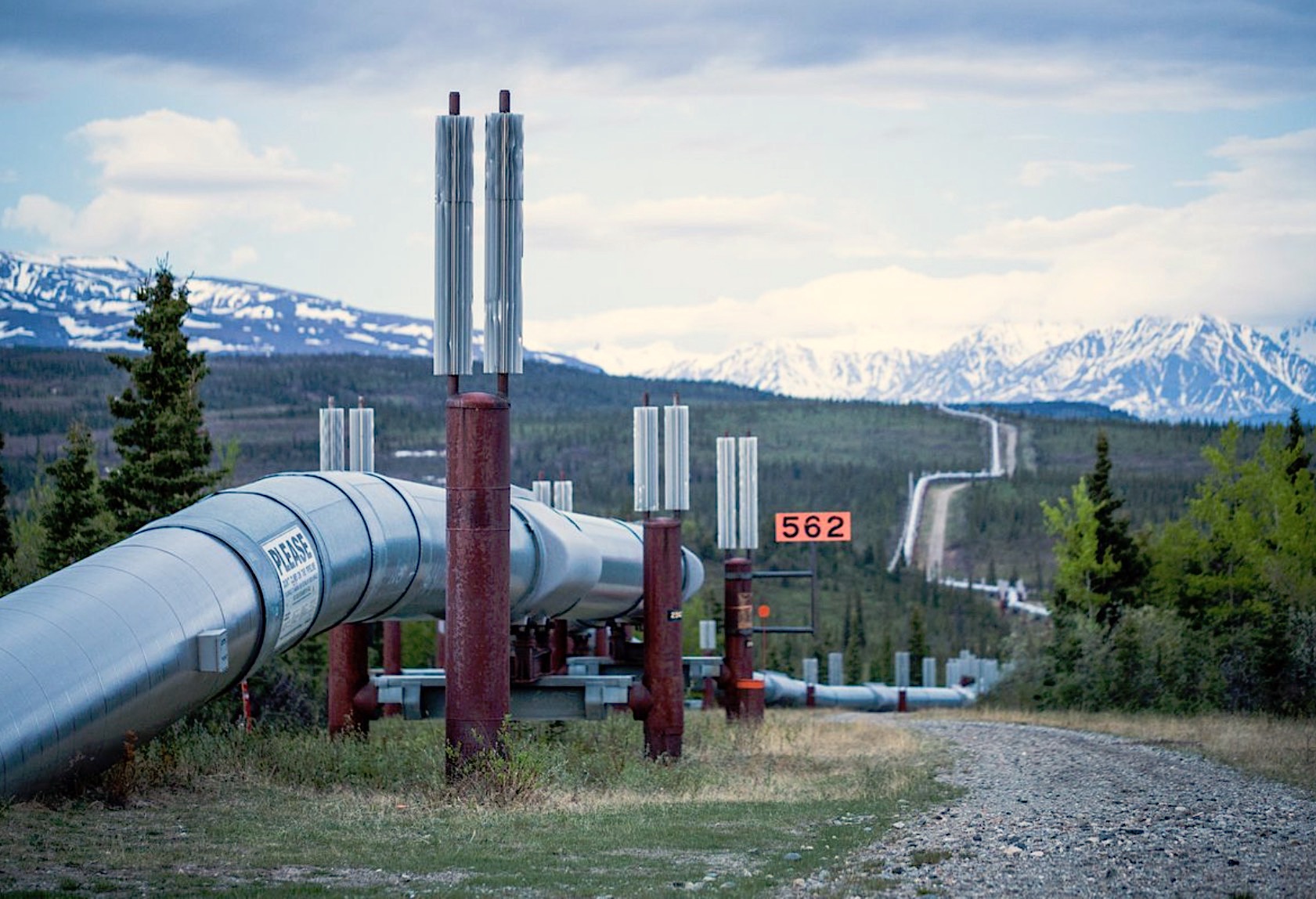 According to the U.S. Geological Survey, between 4 to 12 billion barrels of oil are buried under the northern tundra of the Arctic National Wildlife Refuge (ANWR) waiting to be tapped 60 miles from critical infrastructure already in place for mass production at Prudhoe Bay.

“The theory at ANWR is that these reservoirs are massive and that type of formation is…rare in on-shore operations,” said President Donald Trump’s former Interior Secretary David Bernhardt, who oversaw the first lease sales within the 1002 area opened for drilling by the 2017 Tax Cuts and Jobs Act.

Industry innovation since the Geological Survey’s 1998 analysis has likely enhanced the amount that can be recovered, extending the estimate from more than 20 years ago.

“Today with technology, there’s the possibility there’s much more that can be technologically recovered in terms of volume and that I think is a very big reality if you look at what’s happened in other areas,” Bernhardt told The Federalist.

Political boundaries were drawn by Washington bureaucrats, however, have barred American workers from harvesting the area’s rich resources in the name of climate change and environmental justice.

Last week, the Department of Energy released its trade data for December, showing the United States more than doubled its imports on Russian supply with 245 million barrels of crude oil and related petroleum products brought to the American consumer for an average of nearly 672,000 barrels per day.

Biden illegally suspended drilling leases on federal lands, imposed sanctions on the Keystone XL Pipeline, and outright banned all exploration activity within the boundaries of the Arctic National Wildlife Refuge.

Even as Moscow prepared its invasion of Ukraine, clearly foreshadowing further strain on energy markets, Biden’s Justice Department reinstated the administration’s suspension of oil and gas leases with a legal filing in Louisiana.

The United States is now forecast by the Energy Information Administration (EIA) to be a net importer of oil after the nation broke its dependence on foreign supply as a net exporter for the first time in more than 70 years under President Trump in 2018.

“America’s energy production creates a massive strength for the president’s foreign policy vision,” said Bernhardt, also a former official in the Bush administration, highlighting how he observed Trump’s calculus was free of the kind of restraints George W. Bush faced while presiding over a nation dependent on overseas sources.

“President [Trump] had the benefit of utilizing liquified natural gas (LNG) exports, thinking through opportunities relevant to the Middle East with the knowledge that we had a stronger and more stable energy production system in the United States.”

LNG exports allow the United States to supplement supply from Russian sources and eclipsed Moscow’s pipeline deliveries to Europe for the first time in January.

But with American LNG export terminals already operating at above capacity to meet overseas demand, new facilities are required. Democrats, however, have refused to capitulate.

So far, the administration has refused to significantly target Russia’s energy sector and even made a point to exempt industry-related transactions from current sanctions for fear of further harming the market.

“We don’t have a strategic interest in reducing the global supply of energy,” said Biden’s Principal Deputy Press Secretary Karine Jean-Pierre on Air Force One Wednesday. Sanctioning Russian oil she said, “would raise prices at the gas pump for Americans.”

Such increased price spikes as Americans cope with seven-year highs wouldn’t be a concern had the administration not hindered U.S. capacity to make up the difference.

Despite the absence of American sanctions, private entities have already self-restricted with refusal to purchase Russian crude, roping off the world’s third-largest oil producer which provides more than 10 percent of global supply.

“We’re going to pay for closing down Russian imports, but we don’t have to,” Tom Pyle, president of the American Energy Alliance, told The Federalist. “When there’s plenty of oil flowing, in other words when the United States was in the ball game, spare capacity was high.”

When global turmoil rocked the Middle East, Pyle added, “they didn’t result in a blip in oil prices because we knew that we could make it up elsewhere, that’s the difference.”

President Vladimir Putin’s regime is funded primarily by its lucrative oil and gas revenues as a majority of its exports.

As the United States joined Europe to ramp up its dependence on Russian imports last year, the Kremlin generated $119 billion from its resources, a third of its entire budget, according to reporting by Reuters citing Russia’s Finance Ministry.

The regime also exploited its abundant oil and gas reserves to tie western supply to Moscow’s resources allowing Putin to weaponize Russian energy. Russia doubled its production of nuclear-generated electricity to allow it to trade away its oil and gas to foreign nations, and funded climate activists in western nations to protest domestic shale operations.

The United States has been no exception to Putin’s preemptive energy strategy as it imports Russian oil while shutting down operations at home.

It’s not just the less than 10 percent portion of the Arctic National Wildlife Refuge once opened for extraction in part of the country protected by the lower 48 elites.

The federal government’s antagonism against Alaskan producers has frustrated the state’s Republican governor, who blasted the White House’s relentless regulations from 4,000 miles away after Biden pledged to double down on his disastrous energy policy in Tuesday’s State of the Union speech.

“Alaska has billions of barrels of oil and trillions of feet of natural gas, and we produce it cleaner than virtually any other place on the planet,” Dunleavy said in a press release.

“It’s time to restore the suspended oil leases on ANWR (Arctic National Wildlife Refuge). It’s time to support, not hinder in federal court, the Willow project so that in a few years, some 160,000 barrels of oil a day can increase the throughput in the Trans-Alaska Pipeline, adding to our national energy resources.”

Yet President Biden is unlikely to reverse course. On Thursday, White House Press Secretary Jen Psaki said promoting domestic production in light of the crisis in Ukraine would take too long.

“What this is all a reminder of in the president’s view, is the need to reduce our reliance on oil,” Psaki told reporters.

Read rest at The Federalist 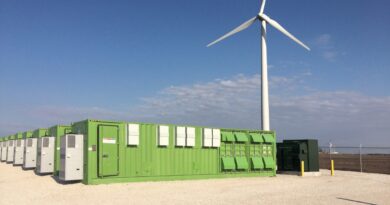 The People Promising Us ‘Net Zero’ Are Clueless About Energy Storage 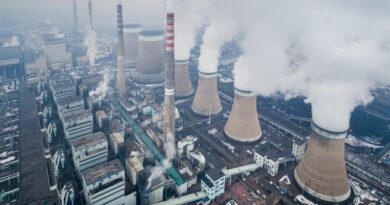 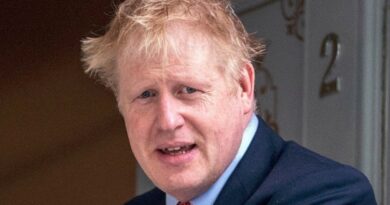 Will Boris Johnson Get Real On Energy?