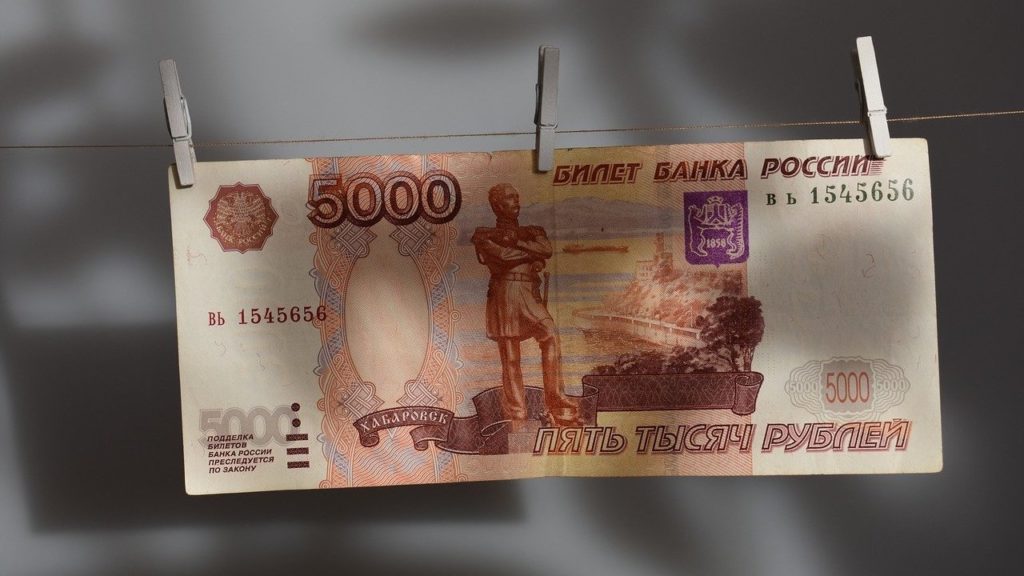 As economic sanctions began to put a stranglehold on the Russian economy, long lines formed at banks and ATMs as everyday people tried to pull cash from their bank accounts. A Russian economy expert from the Foreign Policy Research Institute called it “a full-fledged bank run.”

Lines at ATMs snaked down sidewalks and around buildings in Moscow and at Russian banks in Europe as depositors rushed to withdraw cash. Sberbank Europe, which is owned by Russia’s state-run Sberbank, says it has experienced ‘significant outflows of deposits in a very short time.’”

The US hit Russia with a round of economic sanctions after Russian President Vladimir Putin recognized two breakaway republics in Ukraine and announced he would send troops into those regions. President Biden announced additional sanctions after Russia invaded Ukraine. Over the weekend, Western powers disconnected selected Russian banks from the SWIFT global payment system.

Economic sanctions are supposed to put pressure on rogue governments, but average people are the ones who really suffer. As CNBC reported, “The impact will be most severely felt by ordinary Russians, who have seen the value of their savings and salaries drop precipitously over just a few days. The ruble is down sharply against the dollar since this time last year, and analysts expect there is more pain to come.”

Now imagine this scenario in a cashless society. You wouldn’t even have the option of grabbing their money and sticking it under the mattress. Governments would have full control over your money.

It’s easy to think, “this couldn’t happen here.” But Canadians recently got a taste after their government used emergency powers to freeze bank accounts belonging to people associated with the trucker protest. A mysterious outage affecting at least five major banks temporarily kept many Canadians from accessing funds.

The situations in Canada and Russia underscore just how much control governments have over your money. And if the war on cash is successful, they’ll have even more.

We’ve been reporting on the “war on cash” for years. This refers to moves by governments to limit or even eliminate physical cash and currency. Fundamentally, it’s about control. The elimination of cash creates the potential for the government to track and even control or block consumer spending,

Governments around the world have quietly waged a war on cash for years. Back in 2017, the IMF published a creepy paper offering governments suggestions on how to move toward a cashless society even in the face of strong public opposition.

Governments sell cashlessness as more convenient. We’re also told it will help stop dangerous criminals who like the intractability of cash.

But imagine if there was no cash. It would be impossible to hide even the smallest transaction from government eyes. Something as simple as your morning trip to Starbucks wouldn’t be a secret from government officials. And as we’ve seen in Canada and Russia your access to your money can be cut off in an instant. If you have cash, you can still buy and sell even if the banking system is down. Without cash, you are at the mercy of the government.

We can still get cash today, but as the experience of Canadians and Russians shows, this can quickly be disrupted by government actions or even natural disasters that take out the electrical grid.

This underscores the importance of owning hard assets you can physically access.

This isn’t the first time people have faced cash shortages.

Indians struggled through a major shortage of cash in 2017 with as many as 90% of ATMs in some regions of the country running completely out of currency. The cash crisis stemmed from a policy of demonetization the Indian government launched in late 2016.

That wasn’t the first time people faced cash shortages due to government policy. Greeks had their access to cash severely restricted during their country’s recent economic turmoil. It got so bad, a robust barter economy developed out of sheer necessity, as everyday Greeks had to find ways to cope with cash withdrawal limits and currency shortages.

Why the world’s PENSION FUNDS are WRECKED