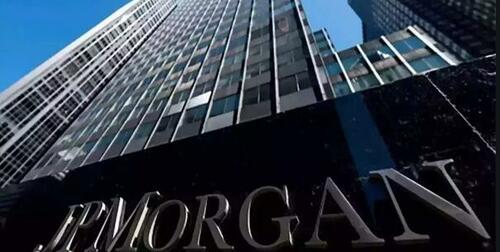 A couple of days ago, as Russia-linked ETFs plunged following a battery of US and European sanctions against Russia designed to isolate its economy and cut its people off from the global financial system, we asked ourselves: who is buying all these Russian assets? The notion that American distressed investors would pass up the opportunity to pick up Russian assets on the cheap seemed, well, counterintuitive. And while China was likely one source of capital, would western investors really allow the sanctions threat to scare them away from an obvious opportunity to buy?

Fast forward to last night, and a team of reporters at Bloomberg have produced an answer: at risk of potentially violating US sanctions (which have imposed strict limits on secondary market transactions involving certain types of Russian debt), JP Morgan and Goldman are already scooping up Russian corporate bonds, either for their own book, or on behalf of waiting clients.

Goldman Sachs Group and JPMorgan Chase have been purchasing beaten-down company bonds tied to Russia in recent days, as hedge funds that specialize in buying cheap credit look to load up on the assets, according to people with knowledge of the private transactions.

Banks routinely scoop up debt because clients asked them to, or because they expect to find ready buyers.

While scooping up distressed debt is a time-testing Wall Street business strategy, buying Russian securities presents “unique risks”, as western leaders seek to crack down on Russian companies, not just the government. Already, western firms have been cutting ties with Russian giants like Gazprom. As a reminder, here’s a rundown of major firms that have cut ties with Russia (selling their assets or shares, likely at a steep loss).

One veteran trader who survived the Russian default of 1998 told Bloomberg that while he has no problem with exploring opportunities for a potentially lucrative arb, the current situation is “different”.

“The whole point of the sanctions is to make them and their instruments untouchable,” said Athanassios Diplas, a veteran derivatives trader who was at Goldman Sachs during the 1998 Russian financial crisis. “I have no issues looking at arbitrage opportunities in distressed situations, like back in 1998. But this is different.”

And keep in mind, sanctions have already supposedly cut off Russia’s central bank from roughly half of its foreign currency reserves held in accounts abroad.

Keep in mind, as Credit Suisse’s Zoltan Poszar pointed out earlier this week, these figures don’t factor in the lending of dollars in the FX swap market, a factor that’s bound to present some thorny issues for the architects of the new sanctions regime.

Of course, megabanks like JPM already have a Russian securities business in London. The losses over the past five days have been steep, coming in at 78%, according to Bloomberg. JPM analysts estimate that a “peak to trough” crash in Russian GDP could be as large as 11 percentage points, “in line with the drop in the 1998 debt”.

A “peak-to trough” crash in Russian gross domestic product is now expected at around 11%, “in line with the drop in the 1998 debt crisis,” JPMorgan economists said in a note to clients. Sanctions imposed on the central bank, alongside the cut-off from the SWIFT global messaging system, created obstacles for Russia’s ability to sell oil and gas, according to JPMorgan.

“Russia’s export earnings will be disrupted, and capital outflows will likely be immediate despite its large current-account surplus,” they said. “Imports and GDP will collapse.”

In response to the sanctions and the subsequent drop in the ruble, the Russian central bank has hiked its benchmark rate to 20%, and hardened capital controls. However, thanks to its massive trade surplus – which sees hundreds of millions (if not billions) of dollars in payments for oil and gas. This  “hard currency” lifeline should prevent the situation in Russia from spiraling out of control. Keep in mind, the Biden Administration is still opposed to banning oil imports from Russia, largely at the insistence of Germany.

Oil and gas revenue has been providing a hard-currency lifeline for Russia because the sale and transport of energy largely escaped direct disruptions. Russia was running a monthly current-account surplus of about $20 billion at the start of the year.

Presently, western sanctions continue to permit trading in Russian corporate debt. But some buy-side firms have already adopted a policy of avoidance for fear of being stuck with assets that could become untradeable in a future round of sanctions.

Goldman Sachs is primarily asking for corporate debt from the likes of Evraz Plc, Gazprom PJSC and Russian Railways that matures within the next two years, and has made bids for Russian sovereign notes, the people said.

The purchases by banks underscore a facet of Wall Street’s longstanding culture: Trading desks are geared toward finding undervalued or mispriced assets, and their activities don’t necessarily reflect the broader view of their firm toward an asset class or nation.

Representatives for Goldman Sachs and JPMorgan declined to comment.

As for the specific assets that firms are trading, Goldman is reportedly trading both CDS on names like Evraz and Gazprom. The bank has also reportedly put in orders for Russian foreign currency bonds (on Evraz, Gazprom and Russian Railways) that mature in the next two years. Amazingly, the firm has also reportedly made bids for Russian sovereign notes, which have been impacted by western sanctions.

Goldman Sachs is primarily asking for corporate debt from the likes of Evraz Plc, Gazprom PJSC and Russian Railways that matures within the next two years, and has made bids for Russian sovereign notes, the people said.

The purchases by banks underscore a facet of Wall Street’s longstanding culture: Trading desks are geared toward finding undervalued or mispriced assets, and their activities don’t necessarily reflect the broader view of their firm toward an asset class or nation.

Representatives for Goldman Sachs and JPMorgan declined to comment.

Russia’s domestic equity market, which has been closed since the start of this week, will remain closed into next week, marking by far the longest shutdown in the history of modern Russian equity markets. Meanwhile, Russian stocks trading on the London stock exchange have now been suspended. 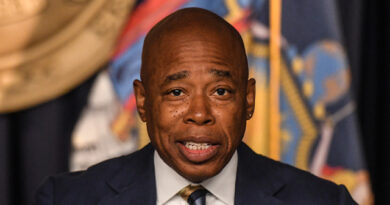