Melinda Gates has slammed her ex-husband Bill over his relationship with deceased pedophile financier, Jeffrey Epstein – who the former Mrs. Gates said gave her “nightmares.”

Speaking with CBS Mornings in her first interview since her divorce from the Microsoft co-founder, Melinda said she insisted on meeting Epstein back in 2011 – when her then-husband was hanging out with the convicted pedophile.

“I did not like that he had meetings with Jeffrey Epstein. I made that clear to him. I also met Jeffrey Epstein exactly one time. I wanted to see who this man was and I regretted it from the second I stepped in the door,” she said, adding “He was abhorrent, evil personified. I had nightmares about it afterwards. That’s why my heart breaks for these young women. That’s how I felt, and I am an older woman. He was awful.”

French-Gates told host Gayle King that Bill would have to answer for the many times he met Epstein – and suggested it was a factor in the divorce.

“It was not one thing, it was many things [that led to the divorce]. Any of the questions remaining about what Bill’s relationship with him was… those are for Bill to answer. I made it very clear how I felt about him.”

As the Daily Mail notes, Melinda also revealed how:

Meanwhile, Melinda said she and Bill aren’t friends – but are “friendly” and work together.

She also suggested he had multiple affairs.

“Those are questions Bill needs to answer,” she said when asked about reports that he cheated on many occasions despite previously acknowledging only one affair.

“I believe in forgiveness. I thought we had worked through some of that,’ Melinda said of his 2000 affair with a Microsoft employee. I gave every single piece of myself to this marriage. I was committed from the day we got engaged to the day I got out of it.”

The 57-year-old, who shocked the world when she and Bill announced in May 2021 that they were ending their 27-year marriage, previously told how she endured emotionally challenging times whilst working with the billionaire.

The pair’s divorce was finalized privately in Washington – where their Gates Foundation is based – in August.

The terms of it were never made public but Bill was worth around $152billion at the time, giving Melinda a 50 percent settlement of $76billion. That does not include the couple’s vast property portfolio which comprised of homes in New York, Washington, and California. -Daily Mail

In a Thursday statement, Bill Gates said: “I will always be sorry for the pain that I caused Melinda and our family. I admire Melinda and everything she does to improve the lives of women and girls around the world, and I’m grateful for the work we continue to do together at our foundation.” 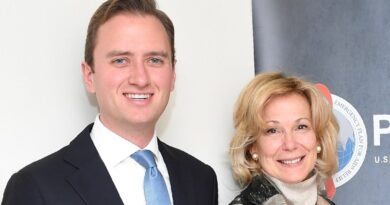 THE MONKEYPOX OFFENSIVE: A COX POX AND SHE-CESSION DYSTOPIAN NIGHTMARE