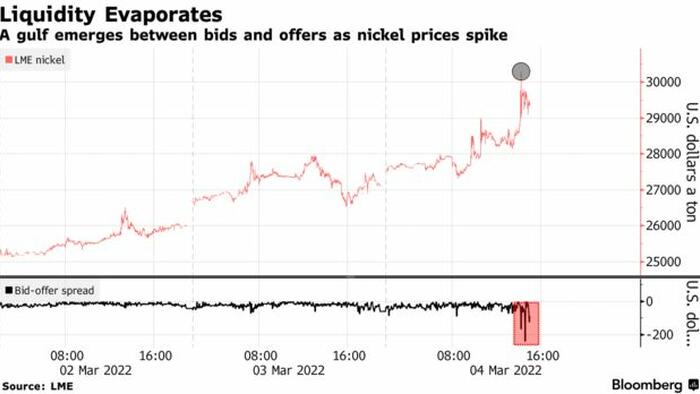 Just in case the prevailing market chaos, which has seen intermarket funding stress spike to the highest level since the March 2020 crash in the aftermath of a overnight freakout that Europe’s largest nuclear power plant may be on the verge, metals traders’ already elevated stress levels went limit up when they received thousands of erroneous margin calls after the LME’s software misfired, sparking a panicked liquidity scramble just as brokers were already bracing for genuine cash requests.

According to Bloomberg, the London Metal Exchange’s clearinghouse produced “a high number” of margin calls in error, according to a note to clients on Wednesday. The incorrect margin requirements for some brokers totaled “hundreds of millions of dollars on Wednesday and Thursday,” according to two people familiar with the matter, who asked not to be identified.

The good news is that after freaking out countless traders, the LME said on Friday that the issue has now been resolved, adding in a statement that “none of these margin calls were released to members due to our system’s built-in margin review procedures,” and that “members were immediately notified of the issue and manual back-up processes were put in place.”

On Wednesday, the LME switched from using its automatic system, called LMEmercury, to calculating its members’ margin requirements manually, according to notices sent to members by the clearinghouse. The exchange’s investigation showed that the problem was caused by a mistake in LMEmercury connected with a U.K. bank holiday on June 2.

“This originally was a valid prompt until the U.K. June Bank Holiday dates changed and therefore the prompt is still in LMEmercury with a historic price,” according to a notice to members.

The issue was particularly acute since the LME’s most actively traded contracts are for delivery in three months’ time, which is currently early June.

While the LME identified the error and didn’t force anyone to pay the erroneous sums, the mistake couldn’t have come at a worse time.

To be sure, the margin calls likely only impacted shorts as long were sitting pretty and waving in the money in a week when many metal prices soared the most on record if not in decades, as exports from Russia, one of the largest producers of nickel, aluminum and copper, slowed and traders rushed to find alternatives.

That, however, meant that many brokers and clients who were short, were facing large actual margin calls.

Bloomberg adds that several brokers and traders said that some brokers have been reluctant to take new short aluminum and nickel positions as a result of the volatility. That helped contribute to a drop in liquidity as nickel prices spiked on Friday, rising as much as 13% to the highest since 2008, with much of the move occurring in a matter of minutes. 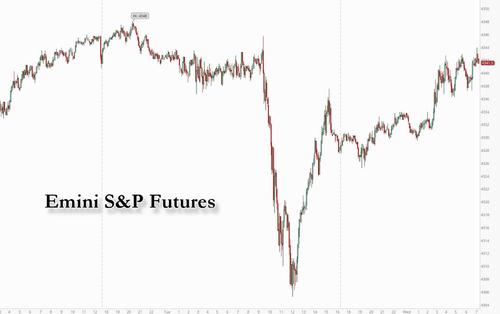 Futures Back At All Time Highs Ahead Of FOMC Minutes

October Market Lows And The End Of Bear Markets