We will not only have Digital Drivers Licences, but also Digital Passports, meaning total government control over our lives.

From: Thales – Building a future we can all trust

The virtual passport was initiated in 2015 in Australia out of a hackaton-style innovation by the Department of Foreign Affairs and Trade.
It aims to see information from Australian passports stored in the cloud, alongside bio-metric identifiers, giving Australian citizens the opportunity for document-free travel between Australia and New Zealand.
https://www.thalesgroup.com/en/markets/digital-identity-and-security/government/passport/virtual-passport

Thales Group, is a founding member of the Security Identity Alliance, which is a stakeholder in the UN’s Legal Identity Agenda Task Force that has set the establishment of digital identification for all by 2030. Thales Group has also developed a “smart health card” and digital ID wallet technology.

While the government of France, which has imposed among the strictest COVID-19 restrictions in Europe and has used ‘vaccine passports’ to shut the un-vaccinated out of many public spaces and activities, is Thales’ top shareholder (25.7%), Vanguard is the sixth largest, at 1.31%.
http://www.renegadetribune.com/corporate-vaccine-mandates-and-vaccine-passports-brought-to-you-by-blackrock-and-vanguard/

THALES GROUP … IS THE STAKEHOLDER IN THE UN’s LEGAL IDENTITY TASK FORCE THAT HAS SET THE ESTABLISHMENT OF DIGITAL IDENTIFICATION FOR ALL BY 2030 !!! 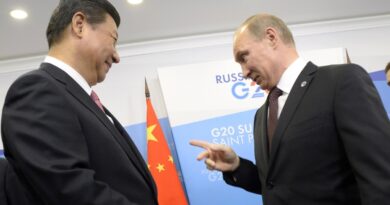