I did not think the EU would pay the SWIFT card on Russia. It turns out I was correct.

SWIFT is the international payment system. Cutting off a top country from SWIFT access is a very big deal.

When the US and EU trotted out the SWIFT sanction card, I thought I got that one wrong. Closer inspection by Eurointelligence and others shows it’s Not So Swift After All.

FAZ informs us that the Swift sanctions are essentially dead in the water. Only seven banks, representing a quarter of the Russian banking sector, are subject to the sanctions. What happened is that once this sanctions list went through the mill of talks with member states, only this pared-down lists survives. The EU originally promised to hit 70% of the Russian banking system. One reason for the exclusion of Sberbank is the deposits held by savers in the bank’s EU subsidiaries. It would have triggered massive deposit insurance claims.

The reduced ambitions embed an important piece of hard information. It is telling us that EU member states will not be ready to impose transactional sanctions on Russia in areas deemed vital to the EU economy, especially the import of Russian gas, oil and coal. What this will also tell us is that we have no means to crush the Russian economy, as Bruno Le Maire suggested. Vladimir Putin has run into big problems with his military campaign. But he will be able to finance the war.

Putin did not anticipate the central bank sanctions. That has turned out to be a real problem for the Russian economy. But he anticipated correctly that the west would continue to buy Russian gas and oil. We think the Russian leadership is also right in their assumption that the main effect of the Nord Stream 2 closure is not so much to make us less dependent on Russian gas, but to increase the price of gas.

The seven banks affected by the Swift exclusion are VTB, Bank Otkritie, Novikombank, Promsvyazbank, Rossiya Bank, Sovcombank und VEB. Notably, the two Russian banking giants, Sberbank und Gazprom Bank, are excluded. The ban will only come into effect in ten days, which will allow the Russians to reorganise their banking system, and we presume, re-route payments through banks that are not affected by the sanctions. What this means is that the Swift ban falls into the SINO category: sanctions in name only. The EU is cheering on the Ukrainian side from a safe distance, watching from warm living rooms, heated by Russian gas.

Reuters posts the same idea but without the above details in EU bars 7 Russian banks from SWIFT, but spares those in energy.

SCHOOL SECRETLY TRANSITIONS CHILD! – Trans Agenda EXPOSED! – This Is A WAR On Humanity! 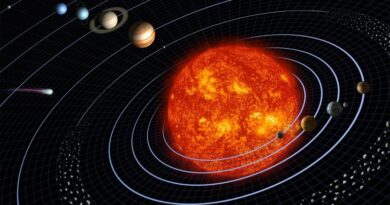