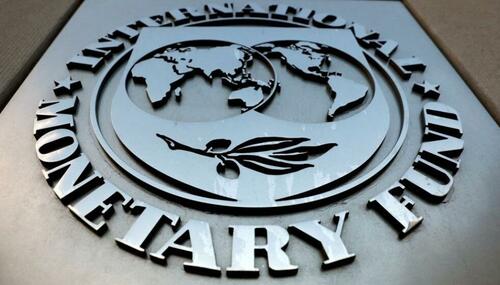 As the EU and the US continue to search for new ways to punish Russian (and, importantly, limit its central banks’ access to its own reserves) Reuters reports that the EU is looking into suspending Russia’s IMF voting rights, along with its central bank’s access to IMF-produced SDRs.

The option currently under consideration would remove Russia entirely from the organization.

BRUSSELS, March 4 (Reuters) – European Union officials are examining curbing Russia’s influence and access to finance at the International Monetary Fund following its invasion of Ukraine. One option under consideration is to remove Russia entirely from the institution.

At the same time, the EU and NATO have reportedly denied a the Ukrainians’ request to impose a “no fly zone” over its airspace. Of course, enforcement of such a measure would almost certainly guarantee NATO being drawn into the conflict, which would effectively trigger the start of World War III, since the only way to enforce the measure would be sending NATO planes to shoot down Russian fighters.

“We are not part of this conflict, and we have a responsibility to ensure it does not escalate and spread beyond Ukraine,” NATO Secretary-General Jens Stoltenberg told a news conference.

“We understand the desperation but we also believe that if we did that (a no-fly zone) we would end up with something that could lead to a full-fledged war in Europe involving much more countries and much more suffering,” Stoltenberg said.

Ukrainian President Volodymyr Zelenskiy has asked the West and NATO to send more warplanes to Ukraine, especially if they won’t help with the no-fly zone.

Circling back to the IMF measures, Reuters cited six EU officials in its report about the various options supposedly under consideration. One option is removing Russia entirely from the IMF as an institution. The only catch is the immense difficulty that this would require.

“There is a discussion, but kicking Russia out entirely is probably unrealistic because of required quora,” one senior euro zone official said, referring to the wide support needed among countries that include China.

Other options less extreme options under consideration include blocking Russia’s access to its IMF voting rights, as well as any SDRs held by its central bank (for those who aren’t familiar with SDRs, they’re essentially a synthetic reserve asset designed by the IMF), according to Reuters.

“There is a discussion, but kicking Russia out entirely is probably unrealistic because of required quora,” one senior euro zone official said, referring to the wide support needed among countries that include China.

Other options being examined include the suspension of Russia’s voting rights as well as blocking its access to a special IMF currency, the Special Drawing Rights, the officials said.

The measures could be part of an impending round of sanctions.

The United States and the EU are now worried that Moscow, cut off from much of its $630 billion reserves, could have access to $17 billion in IMF reserves it received last year when the IMF boosted them to fight the COVID-19 pandemic.

Unfortunately for the West, there appear to be legal barriers prevent Moscow’s complete expulsion from the institution.

However, ejecting Russia from the IMF entirely may not be legally possible, another official said.

“The consensus legal reading is that it cannot be done. Even for members guilty of genocide it was not done, because it would require proof of a legal breach of the IMF agreement, so it very unlikely,” the third official said.

In a separate Reuters report, a US Treasury Department official confirmed that the West’s immediate goal is to block Russia from benefiting from, or even using, its SDRs.

The United States and its partners, which account for the large majority of available counterparts in the IMF’s SDR transactions system, will not undertake any such exchanges, the official said.

“The United States is committed to taking all measures to prevent Russia from benefitting from its holdings of IMF SDRs,” said the official, speaking on condition of anonymity.

“As a result of sanctions by the United States and our partners, the Russian regime would face significant, even insurmountable, hurdles to use its SDRs.”

Of course, expelling or even alienating Russia from the IMF would likely have the same impact that western sanctions and the expulsion from SWIFT have had: it would ultimately force Russia to increasingly align with Beijing, and the multinational institutions that it has created to enforce its own interests.

Is There A Trophy For Calling The Turn? 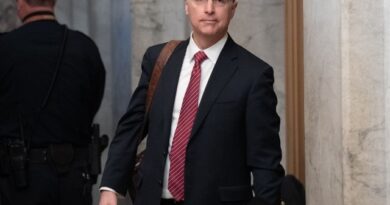 Ann Coulter: Breaking: Trump Was Listening to People as Crazy as Democrats!