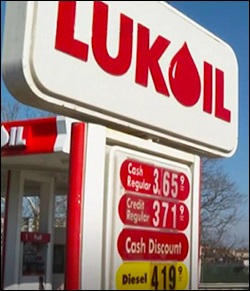 Last night’s evening news was filled with images of Ukrainian schools, apartment buildings and large sections of towns reduced to rubble by Russian President Vladimir Putin’s unrelenting bombing of civilian areas. While rebuilding those buildings and towns will be costly, it is likely to be far less costly than the financial damage that has been done to the major Russian corporations that, heretofore, were proudly publicly trading on stock exchanges around the world, including the Moscow Stock Exchange.

In response to Putin’s invasion of Ukraine, the bombing of its major cities and saber-rattling the prospect of his using nuclear weapons against any interfering NATO countries, the European Commission, U.S., U.K. and Canada have jointly imposed expansive sanctions which have frozen the Russian central bank’s assets throughout much of the world, banned the transfer of technology to Russia, and disrupted the ability of major Russian banks to use the SWIFT payment system. The widening sanctions, and the prospect for more, have led investment managers around the world to decide that the Russian market is “uninvestable.” Putin’s latest unhinged action came last night with the shelling of the Zaporizhzhia nuclear power plant in Enerhodar, Ukraine, the largest nuclear power plant in Europe.

On Tuesday of this week, Germany’s stock exchange operator, Deutsche Boerse, announced that “all instruments on Russian bonds, individual securities and related structured products will be suspended at the end of today’s trading day for the protection of the public until further notice.”

The FTSE Russell index and MSCI index announced yesterday that they are removing all Russian equities from their indices.

Adding further economic pressure on Putin, the Russian Ruble has fallen to historic lows against the U.S. Dollar, forcing the Russian central bank to hike its benchmark interest rate from 9.5 percent to 20 percent in hopes of shoring up the currency to avoid soaring inflation for consumers in Russia. Also, one day after the invasion, Standard and Poor’s cut Russia’s debt rating to junk.

There is also a reluctance among oil traders to buy Russian oil since there are ongoing discussions among Western nations to put sanctions on Russian oil.

The revulsion at what Putin is doing in Ukraine has even spread to one of Russia’s largest domestic oil companies, Lukoil. Its Board released a statement yesterday asking for “the immediate cessation of the armed conflict and fully supports its resolution through the negotiation process and through diplomatic means.” Lukoil is a major retail brand with 5,309 gas stations in 18 countries, including the United States. The Lukoil Board statement came on the same day that the Newark, New Jersey City Council made headlines with an 8-0 vote on a resolution to urge the City of Newark to suspend licenses to two local Lukoil gas stations as a show of support for the people of Ukraine. 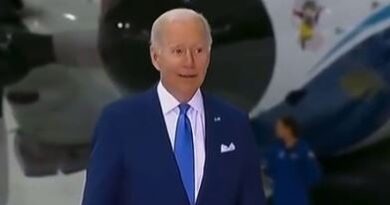 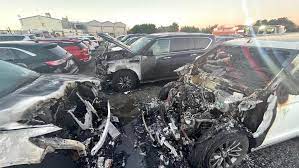 All 5 Cars Rented By Biden’s Secret Service Have Burned