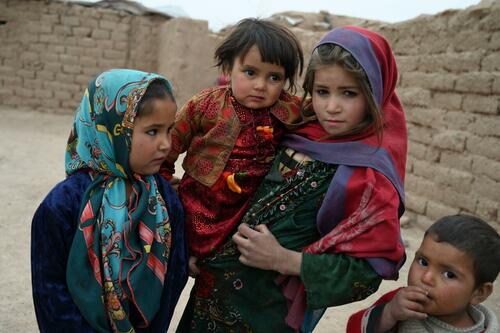 A coalition of more than 80 humanitarian groups implored U.S. President Joe Biden this week to revoke his executive order that would permanently seize $7 billion in frozen Afghan central bank assets and split the money between the families of 9/11 victims and an ill-defined trust fund ostensibly formed to benefit the people of Afghanistan.

In a letter to Biden and other top administration officials, the groups argued the best way the White House can help Afghans as they face a worsening humanitarian disaster—including mass starvation—is by withdrawing the February executive order and conducting a review of the current sanctions regime, which one analyst warns could be deadlier than two decades of U.S.-led war on the country.

“We write to ask that you prevent a catastrophe from unfolding in Afghanistan by urgently rescinding the recent executive order which splits the frozen reserves that are the property of the people of Afghanistan, designating half pending court action involving the families of the September 11th attacks and depositing the other half into a newly created humanitarian fund, rather than finding a safeguarded mechanism to return the Afghan people’s reserves through the infrastructure of Afghanistan’s Central Bank,” reads the letter, which was coordinated by Afghans for a Better Tomorrow, the Partnership of Advancement of New Americans, and Just Foreign Policy.

Arash Azizzada, co-director of Afghans for a Better Tomorrow, said in a statement Thursday that “the Biden administration’s executive order from February 11th is deeply misguided, but it’s not too late to change course.”

“We call on the administration to rescind the order,” Azizzada added, “and take immediate steps to alleviate the pain and suffering in Afghanistan.”

The groups sent their letter just days after members of the September 11th Families for Peaceful Tomorrows—an anti-war organization formed by the families of 9/11 victims—demanded that the Biden administration release Aghanistan’s central bank assets, which the U.S. Treasury Department froze last August following the Taliban’s return to power.

“There is not only a moral imperative in doing this, there is also a national security interest in doing this and preventing Afghanistan from sliding into total collapse,” Terry Rockefeller, whose sister died at the World Trade Center on September 11, 2011, told The Intercept earlier this week. “You can’t end terrorism by producing more civilian victims, and this is just what is happening now, more Afghan civilian deaths even after 20 years of war,” Rockefeller added.

Why did they see conflict rage for decades? Who brought that conflict to them? Please tell us. https://t.co/6QQDfGdYRE

The United Nations special envoy for Afghanistan told the U.N. Security Council on Wednesday that while relief efforts have helped to avert the worst-case scenario of a catastrophic winter famine, “it is imperative that we not find ourselves six months from now in the situation we faced six months ago: with millions of Afghans facing another winter of starvation and the only tool at our disposal being expensive and unsustainable humanitarian handouts.”

“It is now most urgent to address Afghanistan’s economy,” said Deborah Lyons. “We are nearing a tipping point that will see more businesses close, more people unemployed and falling into poverty. It is approaching a point of irreversibility.”

Aid groups estimate that around 97% of Afghanistan’s population is currently living in poverty and more than 20 million people—over half the country—are facing food insecurity. “Until sweeping measures are taken to restore the Afghanistan economy, people will suffer and lives will be lost,” the International Rescue Committee (IRC) said in a statement Friday.

“As the world’s attention shifts to the conflict and displacement crisis in Ukraine, the IRC calls on the world to not neglect Afghanistan,” the group added. “The international community should seize this window of opportunity in Afghanistan to prevent famine, save lives, and put an end to the horrific conditions facing women and girls.”

The European Union Is Again Close To A Meltdown 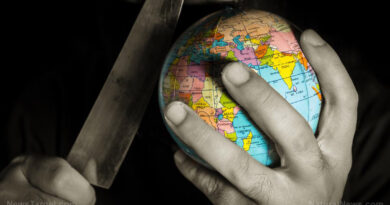 Davos attendee: Agenda is to create a “new world order”