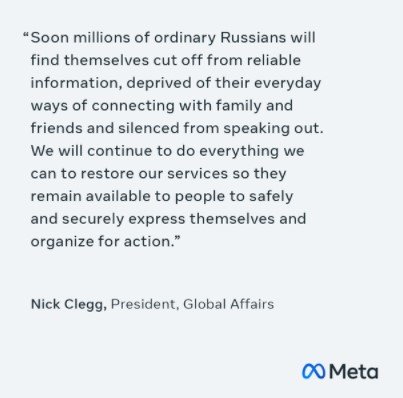 Telangana reported — The Russian government said on Friday that it will begin to “partially restrict” access to Facebook, after the social network put restrictions on four Russian state-linked media outlets — the television network Zvezda, news agency RIA Novosti, and the websites Lenta.ru and Gazeta.ru.

On Friday afternoon Facebook, Meta President of Global Affairs, Nick Clegg, tweeted out that “soon millions of ordinary Russians will find themselves cut off from reliable information…”

As we reported before–

In 2017 Harvard and Columbia Journalism Review found that The Gateway Pundit was the 4th most influential conservative news source in the 2016 election.

Because of this we were targeted and have seen our numbers related to Facebook and Twitter decline dramatically.

This had nothing to do with the quality of our posts as we have proof that our generic numbers are up and continue to increase every year.

In all statistical categories provided to us by Facebook our numbers in 2017 were below linear projections of where we should be.

In February of 2017 Facebook launched another algorithm change to their platform. With the changes, we saw our traffic dwindle even further.

We weren’t the only ones to be affected. The algorithmic change caused President Donald Trump’s engagement on Facebook posts to plummet a whopping 45%.

In contrast, according to Breitbart’s Allum Bokhari, Senators Elizabeth Warren (D-MA) and Bernie Sanders (I-VT) dis not appear to have suffered a comparable decline in Facebook engagement.

This is a criminal act. Facebook took our money for advertising and promised a fair playing field. Facebook lied to us and every conservative group in America.
Since 2017, despite the fact that we have 635,000 Gateway Pundit Facebook fans, we receive almost nothing from Facebook.
Facebook did this to a number of top conservative sites we contacted.

In 2018 The Gateway Pundit’s founder Jim Hoft testified before Congress on Facebook’s coordinated and systemic elimination of conservative content on their platform.

New Vehicle Inventory, Stuck Near Record Lows, Gets Worse as Buyers Shift from Trucks to Economical Cars, which Vanish 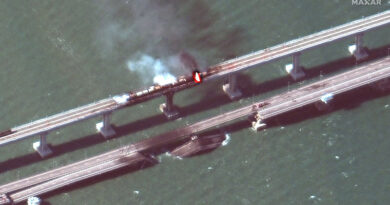