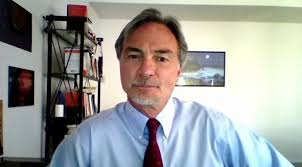 This morning’s jobs report was about as good as it gets, in terms of the number of people finding work. See February jobs rose a surprisingly strong 678,000, unemployment down.

Private-sector average hourly earnings rose a seasonally adjusted 5.1% in February from the previous year. Four of the past five months have seen annual wage gains exceed 5%. By contrast, wages rose an average of 3.2% a year in the two years to February 2020, before the Covid-19 pandemic hit the U.S. economy.

Wage increases were particularly strong in industries that have seen a surge in demand as the effect of the Omicron variant of Covid-19 fades. Retail workers saw wages rise 7.1%, up from 5.8% in January. And transportation and warehousing wages were up 7.7% versus 7.1% in January.

Pay for leisure and hospitality workers—which include those employed at bars, restaurants and hotels—was up 11.2% on the year, down from 12.6% in January. The sector has seen some of the fastest wage growth in the recovery from the pandemic.

So far so good. But here’s where the effects of the past few years’ monetary madness come in. From the same Wall Street Journal article:

Consumer prices overall were up 7.5% in January over the previous year, the highest rate in 40 years, according to a separate Labor Department report released last month.

Many of the job gains in February were in relatively lower-paid industries, such as leisure and hospitality, which accounted for 179,000 of the 678,000 new jobs added. That likely held down average wage increases,

The grim reality is that lots of people are finding jobs and getting raises, but most of them are still losing ground as the cost of their rent, gas, and food continue to rise even faster. Here, for instance, is the Commodity Research Bureau’s index of prices for oil, wheat, iron ore, and all the other things that go into life’s necessities. Note the spike in the most recent month, which implies that prices of finished products will be jumping shortly, And here’s how much rents are up in some already-high-rent cities:

The math of inflation contains the seeds of its own demise, of course, because a person who loses some purchasing power each year eventually runs out completely. When enough people approach that point, the economy craters and inflation becomes runaway deflation.

So the question becomes, how much further can prices rise before the trend flips. We might get an answer pretty soon, since the Atlanta Fed’s GDPNow real-time growth measure recently dipped below zero. Is This The End of the American Dollar?

Behind the curtain of the pandemic, America’s elite have secretly launched the biggest attack on your wealth since 1971. 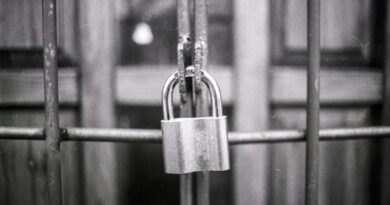 NEW APPROACH TO LOCKDOWNS: SHANGHAI BEGINS LOCKING DOWN HALF THE CITY AT A TIME

Institute For Curriculum Studies: The “Educational” Dep’t of the Israel Lobby, With Jessica Buxbaum

German Government data confirms the COVID Vaccinated did develop Acquired Immunodeficiency Syndrome in Jan. 2022 & it caused 102k Excess Deaths over the year; a 276% increase on Deaths in 2020