JEA: The Washington Post has been shocked because Russia has blocked many of its citizens from accessing media outlets such as BBC and Facebook! These people have got to be kidding. Should that really be a big problem for the entire Zionist media and oligarchic institutions in much of the West? Don’t those outlets have a history of blocking things they don’t like as well? Do these people forget history that easily? Don’t they remember Iraq, Afghanistan, Syria, and Libya?

The BBC has recently reported that Russia “has launched a devastating attack on Ukraine, a European democracy of 44 million people,”[1] without mentioning a single word about what NATO has been doing for the past thirty years so!It is even more disturbing when the BBC has put out articles such as “Why is Russia invading Ukraine and what does Putin want?” without even discussing the deep things that make up the crisis in the region. The article mentioned two things about NATO. The first one is this:

“Russia has long resisted Ukraine’s move towards the European Union and the West’s defensive military alliance, Nato. Announcing Russia’s invasion, he accused Nato of threatening ‘our historic future as a nation.’”

Really? That’s all there is to it? How stupid can we be? And then this: “There is no immediate threat to Russia’s Baltic neighbors, but Nato has bolstered their defences just in case.”

Well, NATO has been circulating its troops around the Russian periphery for over a decade! And this has been in violation of international law. This is not some kind of conspiracy theory dreamed up by writers at VT. Scholars of all stripes have been saying this for years. John J. Mearsheimer of the University of Chicago, for example, has been writing about this since 2014.

In any event, the BBC article did suggest something which Brother Nathanael Kapner will discuss below. The BBC seemed to suggest that Putin is in a war with the Khazarian Mafia in the region: “There has been no genocide in Ukraine: it is a vibrant democracy, led by a president who is Jewish.”

The blitz on Russia is unhinged. It’s a study in ‘moronology.’

When US liquor stores are told by hacks to dump their already-bought Russian vodka, you know Russophobia is just a psychotic shot away. They dropped COVID just for this.

And when Fox News says ‘Putin is the Antichrist’ you know that whoever squawks the loudest gains the ear of lamebrain Americans. Rev up the heart rate.

Don’t you need somebody to hate. Today Putin, yesterday Sadaam, tomorrow whoever stands in the way of the Khazarian Mafia.

Ukraine is just a pawn in the Khazarian Mafia’s game to ‘contain’ Christian Russia.

With joint efforts of the Mossad and CIA clandestinely funding Ukraine’s nationalists—”Natz”—as the locals call them, short for “Nazis,” a Ukrainian deep state was created.

These “Natz” are descendants of the “Banderites” of World War II fame, with whom Hitler, due to their fanatical viciousness, shunned.

With the help of US State Departments’ Jew, Victoria Nuland, (born “Nudelman”), the Banderites executed a coup in 2014.

Straightaway an American puppet, known affectionately by Nudelman as “Yats,” a fellow Jew, was installed.

Today’s neo-Banderite battalions, fueled by manic hatred of anything “Russian,” got the lion’s share of military aid from the Khazarian Mafia in America that bolstered them for future attacks on Donbas then ultimately on Russia.

And with military bases, run by Nato and funded by international Jewish banks—achieving lethal pressure on Russia’s western flank—Putin protested of being squeezed.

One complex, a Nato/US Naval Base in Ochakov, masqueraded as a Ukrainian Naval Base between Odessa and Crimea, was just annihilated by the Russian Air Force.

So far Russia has hit some 1,500 Ukrainian military targets.

The Russian bear will maul his way all the way west of Kyiv. Creating a line of demarcation as “peacemaking endgame,” the bear will split Ukraine in two.

What’s left of the “Natz”—most will be zapped—will be contained in a sequestered administrative zone bordering the EU.

The greater eastern portion with its new government will sign a non-alignment agreement with Russia under the umbrella of a Russian protectorate.

Let me pose a Jewish kind of question: Do those “Natz” hate Jews?

But they love their Jewish Ukrainian oligarch enablers.

The same families that financed the overthrow of Czarist Christian Russia and the Christian monarchy of Nicholas II.

”As a result of Bolshevik policy Soviet Ukraine arose which even today can with good reason be called ‘Vladimir Ilyich Lenin’s Ukraine.’ He is its author and architect. This is fully confirmed by archive documents also including Lenin’s decrees regarding adding the Donbass to Ukraine. And now grateful descendants have demolished monuments to Lenin in Ukraine. This is what they call de-communization. Do you want de-communization? Well, that suits us just fine. But why stop halfway? We are ready to show you what real de-communization means for Ukraine.”

1) Purging the corrupt Jewish Ukrainian oligarchs who will be forced to flee just as they did when Putin purged them in Russia in 2003.

Zelensky, the Jew President of Ukraine, by asking Nato for a no-fly zone to shoot down Russian planes—which the Khazarian Mafia in America rejected—shot himself in the foot for any bid for bargaining chips in talks with Putin.

Concerning the Rothschild/US Jewish FED cutting off Russia from financial markets and interbank payments, this is nothing less than assisted-suicide.

Russia and China long ago set up their own “SWIFT” interbank payment systems.

Nations needing Russian wheat, fertilizer, steel, aluminum, and oil, will pay not in dollars but in Chinese yuans that’s increasingly rising as the reserve currency replacing the dollar.

Once the Khazarian dollar (I mean, with no “productive” value) takes a dive, buying your jeans at Walmart will be like shopping at Nieman-Marcus on steroids.

Poking the Russian Bear has always been a Khazarian affair.

Curl up, they say, in a fetal position, when faced with a charging bear.

The bear is striking back and the Khazarians don’t have a prayer.

Nearly Half Of Americans Making Six-Figures Living Paycheck To Paycheck 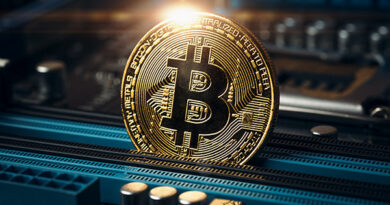