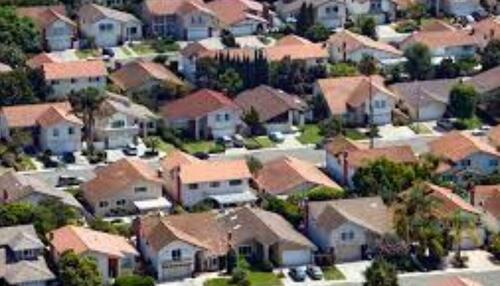 Authored by Thomas Buckley via the California Globe.

It has been said that everything starts in California.

Politics, storms, vast amounts of (currently) sequestered, (always) predatory wealth, that “up at the end” accent no one can actually tolerate, etc. –  all that is true.

There has been a significant debate around the idea of “affordable” housing.  To simplify, that means – when the government is involved – a certain percentage of your known income will go to cover the roof over your head.  If you happen to live in the Golden State, that will mean somewhere between 10 and 30 percent of your gross income will go to housing (and it can be less than zero, depending upon the definition of permanent supportive housing).

But instead of focusing on the idea of “affordable” housing, it may be time to look at “attainable” housing.

Attainable housing first, unlike government-supported “affordable” housing, is owned, not rented.  A standard (averages used – locational issues are the variable) urban California housing unit costs about $3,000 per month, utilities extra.  This is a rent that can be sustained by an income of about $90,000 per year, already a bit above the state family average.

Now imagine making that rent payment each month and saving up for a down-payment – a California home (again, locational variables aside) costs about $700,000, which means an initial outlay (depending upon veteran and/or other status) of between $70,000 and $150,000.

This translates, if one is saving for a home, into an actual housing cost of $5,000 per month until the home is purchased.  In other words, the average family would have to earn more than $150,000 per to both pay rent and save up  for an, at best, typical home (and as prices rise, that figure gets higher every day).

What that means is that only about 15 percent of Californians can currently reasonably expect to be able to even think about buying a home, once the bedrock of American – let alone California – society.

Which brings us to the question – Qui bono?

Surprisingly, it’s not necessarily the “evil” local developers, many of whom see a massive market opportunity and are trying to fill it – by building new units -as fast they can.  The very specific beneficiaries are the massive hedge funds currently buying up single-family homes – with cash – in hundreds of local neighborhoods.

Vast numbers of standard homes have been bought and converted into rentals – for institutional investors it makes sense, as the current return on rentals is near and/or above the S&P average and the value of the ability to convert real property into general (borrow-against-able, if that scans) collateral is far more than that.

Playing into that is California’s recent move to wrest control of local land use ordinances and mandate a four “dwelling unit per lot” allowable minimum; this new window has created the perfect investor tsunami – if you can buy one home, spend a few bucks, and rent it to four families, even though the neighborhood was specifically designed for one “typical” family worth of cars, one family worth of school kids, etc. why wouldn’t you? And why wouldn’t you do it again…and again…and again – no matter the immediate negative quality-of-life impacts?

What all that implies is that California is creating neither affordable nor attainable housing – no matter the type of housing unit is being considered.  With a state of renters – and everyone has rented (it must be noted an attractive long-term option for millions) at some point, so no harm, no foul – no matter how many months ahead, no matter the income, a certain edginess in one’s life occurs.  If one is able to create that situation amongst a widespread majority that is a consistently nervous majority, one can essentially destroy the middle class,  And, yes, lawn mowing and the tidy garage and the “well, don’t bug the neighbors” mindset is ripe for, occasionally deserved, mockery, to does mark – and personify –  the inherent stability and success of the state and nation.

Zelensky Steps Up Call For More Western Weaponry, But Admits US Troops There Means WW3 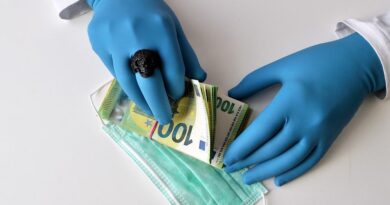