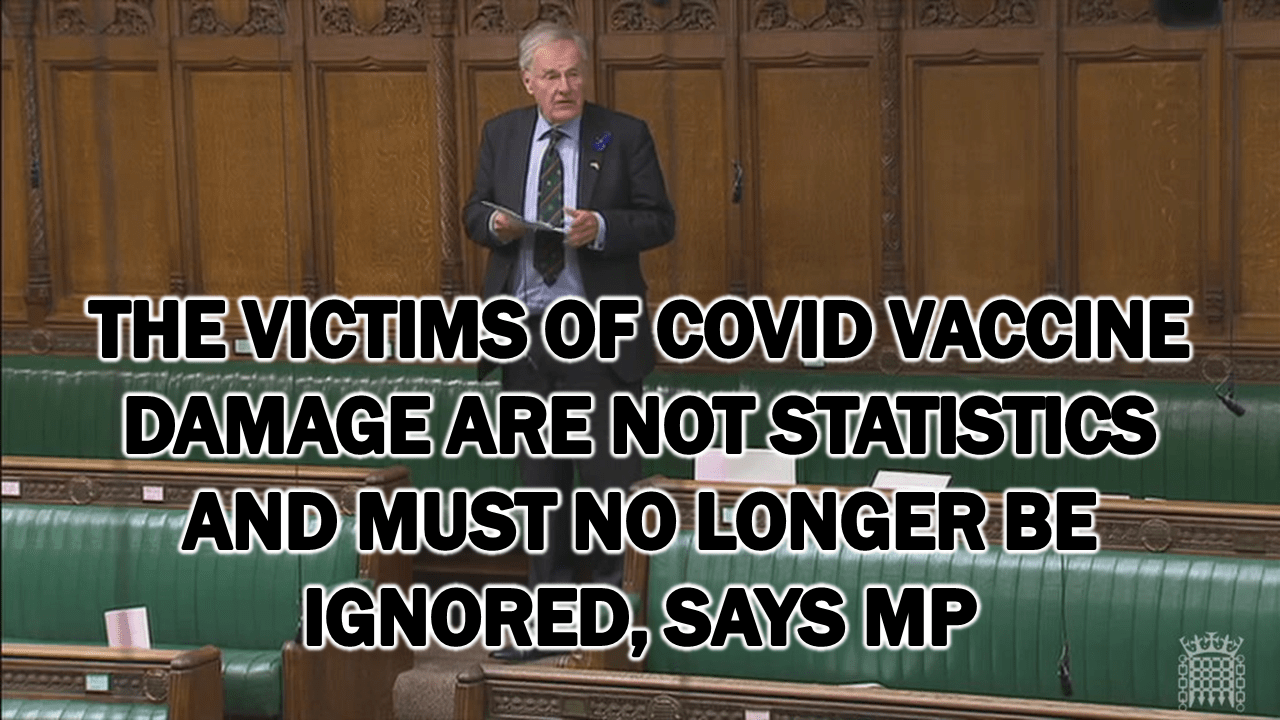 “The scale of this vaccine nightmare is now such that the number of vaccine damage cases exceeds all cases arising from previous vaccine programmes,” Sir Christopher Trope said during a Parliamentary debate last week.

Sir Christopher Chope is Member of Parliament for Christchurch & East Dorset. Below are some excerpts from his speech during a debate in the House of Commons regarding the Vaccine Damage Payments Act.

This debate….is about the tens of thousands who did the right thing, were vaccinated but then, as a result, suffered death, serious injury or other life-changing adverse consequences.

The 44-year-old BBC Radio Newcastle presenter [Lisa Shaw] died from a brain haemorrhage confirmed by a coroner in August as having been caused by the AstraZeneca vaccine, as reported in The Sunday Telegraph on 5th December 2021.

Another case about which somebody has written to me arose from a decision by the Westminster coroner who recorded the AstraZeneca vaccine as the cause of death on her mother’s death certificate.

The Sunday Times reported on 27 February that 920 coronavirus vaccination injury claims had been registered, but none has been accepted or been the subject of any payment. That article referred to Zion Spit, described as “a ridiculously healthy” 48-year-old from Cumbria, whose death was confirmed as having been caused by the vaccine.

The range of adverse conditions caused by the vaccines is extensive … Two weeks after his vaccine, Mr Gooddy experienced acute pain throughout his body. He developed Bell’s palsy, required treatment for his left eye, which would not close, and suffered bowel incontinence and severe fatigue. Peripheral numbness and pain in his upper legs, feet, neck and hands then developed … He then collapsed at home in pain and was admitted as an in-patient for five days of intravenous immunoglobulin in an effort to halt the continuing nerve damage caused by the autoimmune response to the vaccine. He was then diagnosed with Guillain-Barré syndrome, which is an autoimmune disease in which the body attacks its own myelin sheath”

Does my hon. Friend the Minister, having listened to the circumstances of Mr Gooddy, believe that his case meets the 60% disablement threshold? I have received so many other reports of complicated symptoms, which have been a real nightmare for our hard-working NHS to address and for which there are, in many cases, no cure.

I have been in correspondence with constituents who work at the Royal Bournemouth Hospital and Poole Hospital who have expressed their concerns. One of the reasons many people with medical expertise are worried about it is that they have seen such examples in their work.

[Regarding] the issue of encouraging more child vaccines to be administered, but if we are going to do that, as well as it being important for the parents of those children to appreciate the risk as they are thinking about it, surely we should be able to give them the secure knowledge that if something goes wrong and if against everybody’s expectations, those vaccines turn out to have dire and life-changing consequences that last for 40 or 50 years or longer, the Government are on their side. At the moment, I am afraid that there is no evidence that the Government are on the side of those hapless victims of vaccine damage.

In recent months, I have received hundreds of emails reporting deaths and serious illnesses involving immune thrombocytopenic purpura, which causes the number of blood platelets to be reduced.  I asked the Minister what was being done to investigate the 427 suspected cases of that and if the Government will make it their policy to inform those affected of the availability of the vaccine damage payment scheme.

I received a response from the Minister yesterday evening, which stated “Following a scientific assessment of all the available data and a review by the Commission on Human Medicines’ Covid-19 Vaccines Benefit Risk Expert Working Group it was determined that an association between the AstraZeneca Covid-19 vaccine and TTS,” thrombosis with thrombocytopenia syndrome, “was likely.”

The scale of this vaccine nightmare is now such that the number of vaccine damage cases exceeds all cases arising from previous vaccine programmes as at 15 December 2021, the Medicines and Healthcare products Regulatory Agency had received and analysed a total of 410,232 yellow card reports: 145,446 from people who received the Pfizer-BioNTech vaccine, 240,065 from those who received the AstraZeneca vaccine and 24,721 from those who received the Moderna vaccine.  Some patients were reported to have died shortly after vaccination: 666 in the Pfizer reports, 1,164 in the AstraZeneca reports and 23 in the Moderna reports. There are people dying from this vaccine…. I think this is a tragedy that demands the attention of the House.

The Government almost seem to be in denial about all this.

The reluctance of the Government to provide timely information is further exemplified by the delay in updating the information provided as at 15 December … Since the last report, we have had a mass of booster vaccines, and some people have written to me saying that they have suffered dire consequences.

As the Prime Minister said, the victims of Covid-19 vaccine damage are not statistics and “must not be ignored”—not for any longer, anyway.

You can read the full transcript of the debate published in the Hansard HERE.

The video of Sir Christopher’s speech is below.  We considered extracting an excerpt but it is full of important information and worth watching in full.

The FBI Is Now The Federal Bureau Of Intimidation 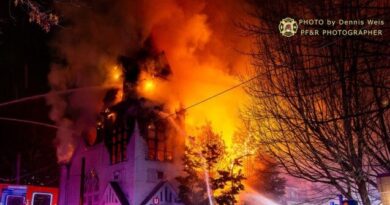