“Today, on 5 March at 10 a.m. (to 5:00 pm) Moscow time, the Russian side declare(d) a (temporary) ceasefire and open(ed) humanitarian corridors for the exit of civilians from Mariupol and Volnovakha.”

Safe passage exit routes were agreed on by both sides.

Russia will surely honor its commitment.

In cahoots with hegemon USA-dominated NATO, Kiev and Nazified battalions cannot be trusted.

According to the Donetsk News Agency on Friday, “(m)ore than 900 residential houses and infrastructural facilities have been damaged by Ukrainian shelling since February 20.”

In the past week, “Ukrainian forces killed more than 90 DPR residents and injured more than 480.”

Former Ukrainian PM Nikolay Azarov explained that the Zelensky regime wanted the Zaporozhskaya nuclear power plant incident — explained in a previous article — used to get NATO to impose a no-fly zone over the country’s territory, adding:

“No sane Russian or Ukrainian serviceman would have dared to endanger one of the biggest nuclear power plants in Europe, which has six reactors.”

When fire broke out in a building adjacent to the facility, Zelensky “immediately” contacted the Biden and UK BoJo regimes.

“This shows that (the incident) was a planned provocation.”

On Friday, interventionist Blinken and complicit foreign ministers from NATO vassal states rejected imposition of a no-fly zone in Ukrainian airspace to avoid war with Russia.

At a Friday press conference in Brussels, US-installed puppet Stoltenberg said the following:

Member states (of the war-making alliance) “agreed that we should not have NATO planes operating over Ukrainian airspace or NATO troops on Ukrainian territory.”

Going this far would virtually assure confrontation with Russia, a step that could risk nuclear war.

In response to NATO’s announcement, Zelensky videotaped a critical message for broadcast on Ukrainian TV, saying in part:

If Ukrainian forces stopped shelling Donbass, laid down their arms, and agreed to peace over years of cross-border aggression, Russia’s operations would cease.

As long as Ukraine remains militarized and Nazified — threatening Russia, Donbass and central Europe — operations by Moscow will continue until its scourge is neutralized.

During another in an endless series of Security Council sessions convened with perpetual Russia bashing in mind as their only objective, Russian UN envoy Vassily Nebenzia said the following:

“This meeting is another attempt (by the US-installed Kiev regime) to fuel artificial hysteria around the developments in Ukraine.”

“And (its) Western sponsors eagerly echo them.”

Russian forces are protecting the plant.

They’re “not interfer(ing)” in its operations.

At this time, it’s “working normally (and safely), in compliance with all technological requirements.”

Scores of Russian buses were sent to the city’s outskirts to evacuate foreign nationals wishing to leave.

Air transport to their home countries is arranged for when they’re able to leave the city.

At the same time, anti-Russia hate-mongering remains at a fever pitch.

The mask is off the US-dominated West.

Its anti-Russia hate-mongering is longstanding.

The worst of it bubbled to the surface for everyone paying attention to see.

The same goes for complicit MSM — Big Lies and mass deception their stock and trade, journalism as it should be banned.

Vladimir Putin is not “crazy.”

Russian forces in Ukraine are “not failing.”

“The world underestimated Putin before and those mistakes led, in part, to this tragedy in Ukraine.”

There’s not a sign of “a disorganized, poorly assembled, and failed offensive.” 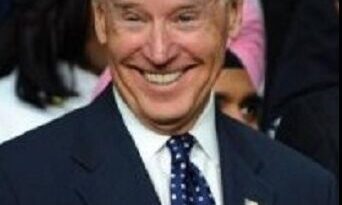