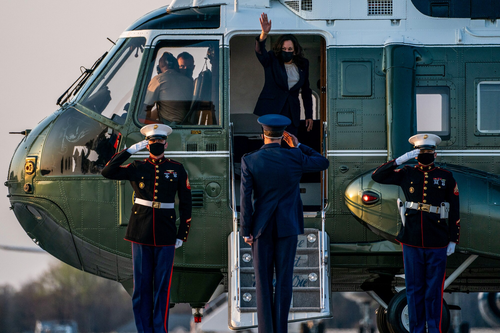 Late Sunday night Andrews Air Force base went on emergency lockdown amid initial reports that an “active shooter” may be on base. Crucially the security incident came almost simultaneous to Vice President Kamala Harris and four cabinet secretaries landing at Andrews after returning from a short trip to Selma, Alabama. The high secure facility is also where the president’s Air Force One is based.

Two intruders had breached a main gate – at least one of which had a gun, according to a statement. “We can confirm that the individual who was apprehended had a weapon, but no shots have been fired,” Joint Base Andrews posted in a security update on Facebook.

One of the intruders was halted and arrested, while another fled on foot – leading to a massive security and police search. “There is not an active shooter situation at Joint Base Andrews; however, the intruder’s whereabouts are currently unknown,” it added.

The Hill notes that the alarming security breach coincided with the Vice President’s land and and safe departure from the base:

Though the exact timing of their departure on Marine Two is unclear, Joint Base Andrews also said the vehicle in question entered the base at “approximately 9 p.m.”

Given the investigation is still ongoing, and with the search for the second suspect continuing, it’s as yet unclear whether the pair knew of the presence of VP Harris at the base.

The arrested intruder has been identified as a 17-year old:

A 17-year-old boy was arrested while another intruder got away after reports of an armed individual at Joint Base Andrews in Maryland put the base on lockdown Sunday night.

The teen had a gun and is in police custody. A second person got away on foot and wasn’t found, according to a statement from the base.

The group landed in Maryland at about 9 p.m. and left the base safely, a White House official told the Washington Post.

Update on the armed intruders in Andrews Air Force Base near Washington DC. One person in custody, identity not divulged, one still at large. Vice President and 4 cabinet secretaries were present at base, all are safe n secure. https://t.co/R0x7MkqYSb 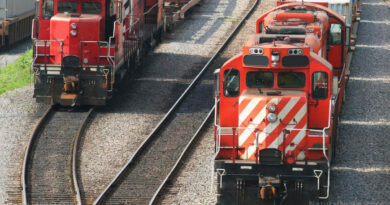