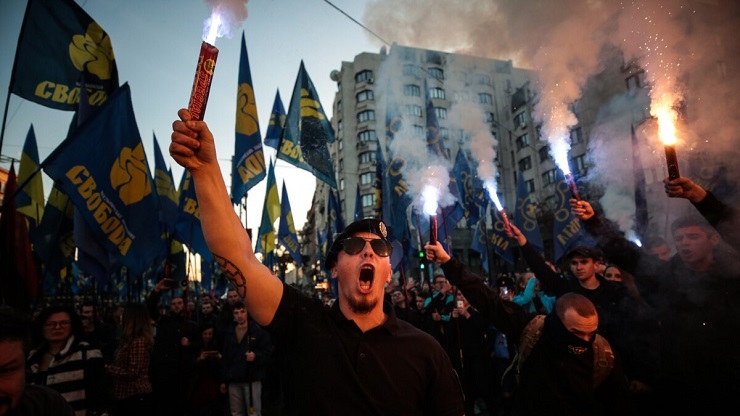 It is no secret that members of the current US political elite and their closest relatives are fairly quick to gain business shares in all countries invaded by US occupation forces. This has been commonplace since the Iraqi wars and the destruction of Yugoslavia.

Former Secretary of State Madeleine Albright, for example, had a business in “independent Kosovo,” and a semi-clandestine one at that.

Many media outlets are still trying to find out how much former US Vice President Dick Cheney and his family managed to embezzle from the wars in Iraq and Afghanistan. The role in US corruption history of this unscrupulous “businessman politician” who started the war in Iraq is quite truthfully depicted in Adam McKay’s Vice. He is like an octopus, running his tentacles across all key agencies, controlling the situation in the country through his lobbyists and proxies. At his instigation, they undermined unwanted journalists, created one of the world’s cruelest prisons, Guantanamo, tortured prisoners, illegally monitored the emails and phone calls of millions of Americans, falsified intelligence about Iraqi leader Saddam Hussein’s negotiations with terrorists to initiate war, created a myth about the alleged development of nuclear weapons in Iraq…

As for the Biden family, they have long been “in line” for appropriating the benefits of White House aggressive policies for themselves as well, with a particular emphasis on Ukraine, which objectively has many national treasures. Biden has long been one of the key figures in American policy towards Ukraine, dealing with, among other things, major personnel issues within the Ukrainian leadership. It could be said that he has long been the curator of the Ukrainian direction in the American establishment. However, due to his inability to be in Kiev all the time, he had already in 2014 concentrated the keys to the situation in Ukraine in the hands of US Ambassador Geoffrey Pyatt, whom Biden trusted to tackle matters that were not too important.

As for the “family business” in Ukraine, back in 2014 it was entrusted to the son of the current US president, Robert Hunter Biden, who joined the board of directors of Burisma Holdings, the largest private gas producer in Ukraine, immediately after the then Ukrainian President Viktor Yanukovych was ousted. Given that the company had been operating in Ukraine’s energy market since 2002, and that in 2013 its natural gas production figure of 1.8 million cubic meters per day was an outright tidbit generating good dividends, the Bidens decided to get their hands on the company. Meanwhile, one of Hunter Jr’s business partners was his uncle, James Biden, with many businessmen and investors having long accused his uncle and nephew of unfair play, resulting in several lawsuits filed against them at the time. After Hunter Biden became a board member of Burisma Holdings, numerous human rights organizations in the US and even White House staff claimed that the appointment could indicate a conflict of interest.

According to some reports, the US president’s son received a salary of $50,000 a month, and in just five years, Burisma Holdings transferred $3.1 million to an account he owned at a US bank, Peter Schweitzer, an associate of Donald Trump’s former political adviser, Peter Bannon, wrote in his book.

But the Biden family’s interests in Ukraine are not limited to energy alone. In Ukraine, for example, with Biden’s encouragement, large-scale production of genetically modified products (GMOs), which had previously been banned in the country and in the EU, has begun. Nevertheless, Kiev started to hand over Ukrainian precious fertile soil to Western multinationals that produce genetically modified products. One of these companies was, above all, Monsanto, a multinational corporation that produces GMO seeds for cereals and vegetables. Joe Biden’s son Hunter was already in 2015 chairman of the board of the US World Food Program and represented Monsanto in Ukraine. At the same time, the corporation has a controversial reputation for producing the deadly chemical agent Orange, which was used by the US military during the Vietnam War to drive Viet Cong guerrillas out of the forests, killing thousands of civilians along the way.

However, it should be remembered that the cultivation of GMOs in Ukraine was included, not without “Biden’s patronage,” in the country’s Euro-Association agreement: Article 404 of the agreement, which relates to agriculture, contained relevant information. It includes, among other things, a provision that has gone largely unnoticed by the general press, the gist of which is that “the two sides will cooperate to expand the use of biotechnology.”

As for the Monsanto Corporation, it has stepped up its activities in Ukraine with the construction of its plants, the first of which was planned for Vinnytsia. Although there is no exact data on how much land Monsanto already cultivates in Ukraine, nevertheless, back in 2014, Elena Fomina, head of the Seed Association of Ukraine, said that the corporation was already present in 11 regions of the country where it grows GMO products.  In any case, the corporation, with Bidens’ active “interest,” was intent on flooding Ukraine, and thereafter a number of other Eastern European countries, with dangerous genetically modified products.

Realizing in recent months the damage to the Biden family business that could be inflicted if relations between Moscow and Kiev were to deteriorate, President Biden has stepped up his efforts to deploy all possible US and EU administrative resources to counter Russian policy towards Ukraine, including using the sanctions factor to put pressure on Russia to his advantage. Moreover, the damage to the people of Ukraine from Kiev’s blatant neo-Nazi policies, as well as from the use of GMO products, was blatantly disregarded by Joe Biden, overshadowing his purely personal interest in the sanctity of profits from his family business in that country. And pumping Ukraine full of loans, which Kiev and its people will objectively never be able to repay, leaving it with a foreign debt of over $57 billion, gives Biden confidence that his Ukrainian wealth will increase and can soon be sold off against the country’s debts to foreign buyers. For this reason, Biden’s zeal to “protect Ukraine’s interests” only increases every day, and his price will be known after the corruption investigations conducted by journalists.

Way Too Little, Too Late 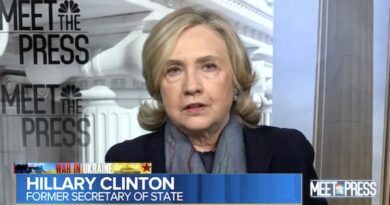 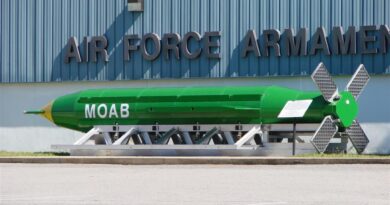 MOAB! THE MOMENT WE’VE ALL BEEN WAITING FOR