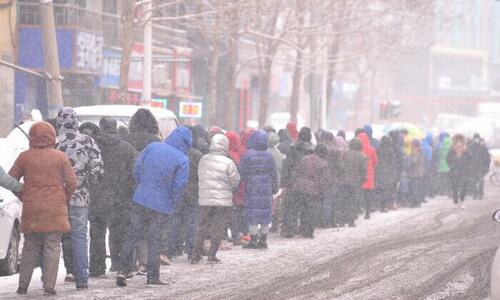 By Nichole Hao of Epoch Times

The Chinese regime continues to mandate its COVID-zero policy that quarantines all potential infections and locks down cities.

Residents in Shenzhen, a city with multiple districts reporting outbreaks of COVID-19, complained that they were surrounded by “trash mountains” and in desperate need of food due to the lockdown.

“On the evening of Feb. 28, a neighbor tried to jump off the building from his apartment. Other neighbors told me that he has depression and hadn’t eaten for two days. He lost all hope and tried to commit suicide,” Lin Dai (pseudonym), a resident of Shangshadong village in the city of Shenzhen, told the Chinese-language Epoch Times on March 2.

“After we were locked down at home, we couldn’t go out to buy food. I tried to order online, but it was very difficult to find food that can be delivered to us,” Lin said.

“I know a young woman who lives in my building. She only has rice and pickles at home. She tries to eat as little as possible, and has eaten only one or two bowls of congee with pickles every day in the past days.”

“We continually called the authorities for help and were told they don’t have enough manpower to take care of the residents who are under lockdown,” Lin said. “Finally, the regime sent us milk and apples this morning and some fast food and vegetables at noon.”

Chen Dong (pseudonym) is a new Shenzhen resident who drives a taxi in the city. On Feb. 22, Chen was locked down at his apartment in Shangshadong village. Since then, he hasn’t been able to work and can’t earn any money.

“The regime said that their staff members would send food to our doors, but the majority of the volunteers who bring the food don’t dare to come here. They are afraid of being infected,” Chen said. “In the first days, we could go downstairs to pick up the food from the building’s front door.”

The lives of Chen and his neighbors became worse on Feb 26, when the regime suddenly wouldn’t allow them to leave their apartments.

“They locked our building, didn’t send us anything, and didn’t remove the trash. Now, the trash is everywhere and piled like mountains,” Chen said. “Nobody takes care of us, and many people shouted from their windows that they were hungry and needed food.”

On March 1, Chen and his neighbors received the first batch of food, which Chen didn’t think was sufficient for a family.

“We have no other solution. If a family hasn’t stocked up food, and there are children, they will die of hunger. We went upstairs and downstairs to check on our neighbors. We are helping each other,” Chen said.

Li Fei (pseudonym), a regime clerk at Shatou community in Shenzhen, told the Chinese-language Epoch Times on March 2 that the regime sealed the residential buildings and compounds where new infections were reported using barbed wire. “We don’t allow any resident to escape from the sealed area.”

Li said that about 60,000 to 70,000 people live at Shangsha village in the community and all are locked in their homes.

Like other Chinese cities, the Shenzhen authorities mandated that all residents in the city must have a COVID-19 test every three days. On March 2, the regime announced that people aren’t allowed to take the metro if they don’t have a negative COVID-19 test result within 48 hours.

Inside residential compounds, speakers continually broadcast: “Your health code will turn to yellow if you haven’t been tested in the past 72 hours” and “You can’t go to work tomorrow if you don’t take a test today.”

A resident surnamed Chen who lives at Shekou community in Nanshan district in Shenzhen said in a phone interview that she and the majority of Shenzhen residents work to earn money. “The rule that people can’t work without a test, strangles our throats. It’ll be horrible if a Shenzhen resident can’t go to work,” Ms. Chen said.

The nucleic acid tests in China are linked to each resident’s health code app. If the app hasn’t received a required test result, the code will show yellow. The system forces Chinese people to take the test.

However, the mass testing was believed to be a breeding ground for COVID-19.

“On Feb. 22, the community clerks ordered us to take the nucleic acid test for COVID-19. We were crowded together and had to wait for over four hours,” Chen Dong said. “We are required to be tested even now.”

On March 3, the Shenzhen city regime announced at the daily press conference that new infections were reported in Futian, Luohu, Nanshan, Bao’an, and Yantian districts. 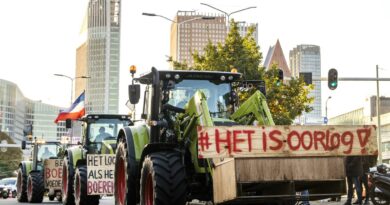 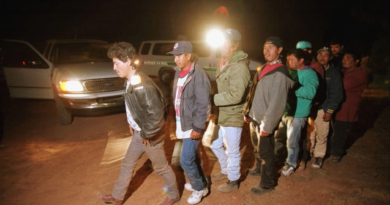 VANISHED: ICE admits it has no records of almost 400K illegals that were enrolled in ATD program