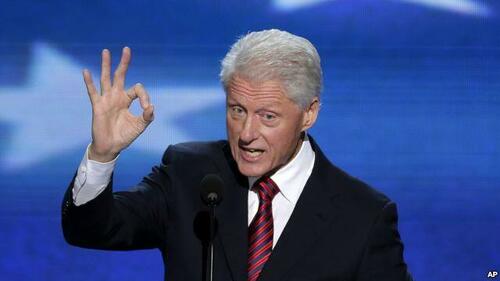 In what some might say is the strongest indication that Hillary Clinton is running in 2024, former President Bill Clinton just announced the revival of the Clinton Global Initiative (CGI), an arm of their infamous foundation which was shuttered nearly five years ago after Hillary Clinton’s loss to Donald Trump in the 2016 US election.

In a Friday letter, former President Bill Clinton announced that the Clinton Global Initiative would be reactivated to tackle ‘urgent needs’ such as climate change and the situation in Ukraine

“The need for that kind of cooperation and coordination has never been more urgent than it is now,” wrote Clinton, adding, “The COVID-19 pandemic has ripped the cover off of longstanding inequities and vulnerabilities across our global community.”

“The existential threat of climate change grows every day. Democracy is under assault around the world, most glaringly in Ukraine where Russia has launched an unjustified and unprovoked invasion that has put millions of lives in grave danger.”

“The number of displaced people and refugees worldwide is higher than it has ever been — more than one in 95 of all people alive on the planet today has been forced to flee their home,” Clinton added.

The last 5 years have ripped the cover off of longstanding global vulnerabilities, but I still believe we can accomplish far more together than we can apart. That’s why I’m looking forward to the next chapter of @ClintonGlobal. My letter here: https://t.co/SQAJFmIF6G https://t.co/S1cHCwUHFS

The Clinton Global Initiative was the primary doorway connecting the Clintons to corporate and foreign donors interested in gaining political access to Washington. https://t.co/wd3dyGCpPS

“WJC (Bill Clinton) …is personally paid by three CGI (Clinton Global Initiative) sponsors, gets many expensive gifts from them, some that are at home” – Doug Band

The former US president, who stayed at Vladimir Putin’s house just seven short years ago on the same trip where he collected a $500,000 check for a speech at a Russian investment bank, founded CGI with former adviser Doug Band – who left CGI in 2010.

“Mr. Epstein was part of the original group that conceived the Clinton Global Initiative, which is described as a project ‘bringing together a community of global leaders to devise and implement innovative solutions to some of the world’s most pressing challenges,” wrote Dershowitz.

Bill Clinton is the co-chair of the foundation, while daughter Chelsea is its vice chairwoman. 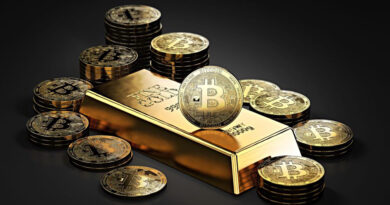 The ECB Has The Means To Snuff This Nascent Rally