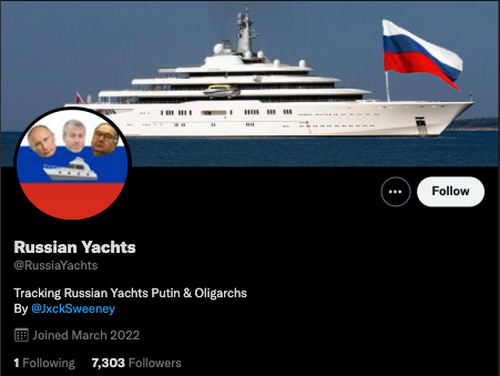 The college that uses public information to track the whereabouts of Elon Musk’s private jet, and a handful of other US billionaires, along with private planes of Russian oligarchs, has expanded into tracking yachts.

19-year-old Jack Sweeney, who days after the Russian invasion of Ukraine began tracking private jets of Russia’s wealthiest businessmen, has expanded into tracking their superyachts.

Twitter account “Russian Yachts“ was launched on Saturday and is tracking more than a dozen oligarchs connected to President Putin, even including the president’s 82-meter superyacht called “Graceful.”

Here’s a snapshot of Putin’s yacht.

Unlike his other Twitter accounts that track high-value assets of controversial people, Sweeney said Russian Yachts has yet to be automated, “but we’ll be keeping watch and posting updates.”

Sweeney’s expansion comes as some Russian oligarchs have fled to the Indian Ocean on their superyachts. There have been some unlucky ones who couldn’t escape in time as European authorities seized their yachts. 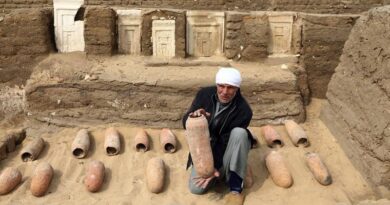