David Erhan who has a Eastern Orthodox Christian apologetics YouTube channel created this video with the following comment:

“Many people pay lip service to the idea that media constantly lies but it seems like people still believe what media and so-called geopolitical experts online have to say who merely regurgitate brain dead slogans and takes they received from God knows where.

“This video aims to illustrate the point that we should not trust media, which is something I’ve talked about before, especially now, since they blatantly lie to people.”

Michael Senger, author of ‘Snake Oil: How Xi Jinping Shut Down the World’, posted the following thread, which I found interesting:

Thread – What the Heck is Actually Going on in Ukraine?

I don’t have all the answers, but here’s a quick thread applying my propaganda and information warfare experience to help shed light on what’s really going on in Ukraine. 1/

First, Twitter doesn’t always do nuance well, but I want to make absolutely clear that what Russia’s doing in Ukraine is abhorrent and evil. Every Ukrainian who’s chosen to fight for freedom and defend their homeland is a hero, full stop. 2/

Second, credit where it’s due: The western national security community appears to have laid a kind of diplomatic ambush against Moscow with serious economic sanctions that have left Russia isolated. This appears to be working better than expected. 3/

Now for the mixed bag. Part of the western response has been to unleash the weight of the west’s information machinery against Russia. This is why you’re seeing so much pro-Ukraine propaganda across all channels. 4/ 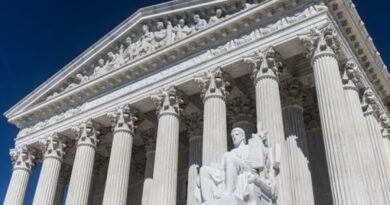 Scott Morrison gets help, to cover up his corruption and dodgy past, from Amazon and its billionaire owner Jeff Bezos and CEO Andy Jassy