By Lori Ann LaRocco of FreightWaves

The self-imposed embargo of Russian oil is spreading to Kazakhstan crude, with three shipments canceled in the past 24 hours.

The Wonder Vega, Free Spirit and Stealth Haralambos, all Marshall Islands-flagged vessels, were Black Sea-bound for the Port of Novorossiysk.

S&P Global informed clients of the three canceled loadings, citing the war risk premium associated with the grade of oil.

These latest cancellations led the Chevron-led consortium at Tengiz — Kazakhstan’s highest-producing oil field — to issue a statement that it was “monitoring developments.” Production is continuing, according to the consortium.

Andy Lipow, president of Lipow Oil Associates LLC, told American Shipper that Kazakhstan crude oil, which is the light sweet variety like Brent and WTI, is trading at a discount. The crude is currently being offered at a $9-per-barrel markdown to Brent.

Prior to Russia’s invasion of Ukraine, Kazakhstan crude was sold at a slight premium to Brent.

“CPC Pipeline (Caspian Pipeline Consortium led by Chevron), which originates in Kazakhstan and ends at the Russian port of Novorossiysk on the Black Sea, carries both Kazakhstan and Russian oil,” said Lipow. “Buyers are hesitant because of the risk of Kazakhstan’s oil being ‘tainted’ with ownership from a sanctioned individual or entity.”

The state of Russian oil for the United States is still in play. Seven tankers are traversing the Atlantic carrying crude.

One, the Bahamas-flagged Seoul Spirit, has been anchored since Tuesday over at Big Stone Beach off of Delaware.

One thing is certain: While some Russian oil imports might be on their way because the transactions took place more than a month ago, they are going to decline to very low levels in the coming months. Said Lipow: “I doubt any major oil company in the U.S. will enter into a new transaction for Russian oil under these circumstances.”

The SYNBIO “Borgification” infiltration of the human race: It’s WAY beyond infertility and depopulation… humans are HOSTING a nano-scale computational PLATFORM 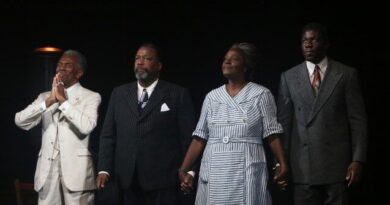 Woman Disrupts Broadway’s ‘Death of a Salesman,’ Is Removed by Cops 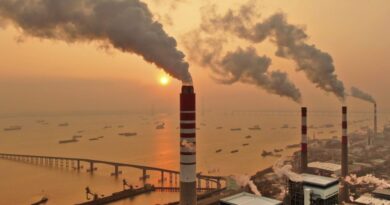