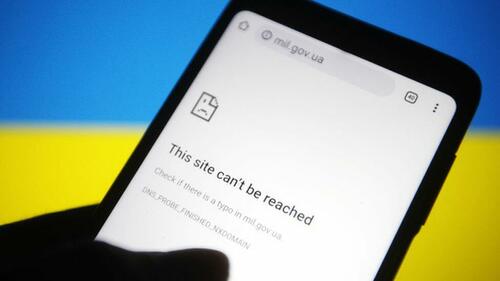 There are reportedly more than 400,000 “volunteer hackers” helping Ukraine fight its cyberwar against Russia.

Victor Zhora, deputy chief of Ukraine’s information protection service, told Bloomberg last week that Ukraine was putting up a “cyber resistance” against its invasion that would work to try and weaken Russia.

Zhora said: “Our friends, Ukrainians all over globe, [are] united to defend our country in cyberspace. [Ukraine is working to do] everything possible to protect our land in cyberspace, our networks, and to make the aggressor feel uncomfortable with their actions.”

He also said that volunteers were helping Ukraine obtain intelligence in order to fight back at Russian military systems.

They are also trying to get the message out to Russian citizens, who have been Fed a starkly different narrative from their government than the rest of the world has seen play out. Volunteers are working to “address Russian people directly by phone calls, by emails, by messages” and  “by putting texts on their services and showing real pictures of war.”

Bloomberg noted that a Telegram channel called “IT Army”, supporting Ukraine, has attracted more than 283,000 people.

In addition to military targets, Telegram has been used “to coordinate attacks against Russian banks and telecommunication companies,” Bloomberg reported.

“In my opinion, we showed Ukraine has enough capacity to resist in cyber aggression,” Zhora said.

Moscow, meanwhile, maintains that it is not committing any acts of cyber warfare against Ukraine.

That hasn’t stopped hacker groups like Anonymous and the Belarusian Cyber Partisans, who have also lent help in breaching Russia targets.

Zhora concluded: “We do not welcome any illegal activity in cyberspace, we believe that every party should be responsible with their actions. But the world order changed on 24th of February. We have martial law here in Ukraine. And I don’t think appealing to moral principles works since our enemy doesn’t have any principles.”

Watch: Rand Paul Blasts Biden As “Not In Charge Of White House Or His Own Wits”