In recent days with tensions of a global war running at the highest level in decades, an apocryphal story from Art Cashin has been making the rounds across trading desks: one in which the venerable trader explains why when Wall Street was gripped by a selling panic during the Cuban Missile Crisis, the right move was the buy everything:

There was the lesson I learned during the Cuban Missile Crisis. At the time I was studying with “Professor Jack” under a Moosehead, in a saloon called “Eberlin’s” down the block from the exchange. The tuition was paid in scotch “old fashions.” Classes lasted until either you ran out of money to buy drinks or Jack ran out of the ability to stand.   Jack was actually a 62 year-old trader in silver stocks but he had more in his head than is in most university libraries.

Anyway, it was the Cuban Missile Crisis and there were rumors that Russia had launched rockets and the Dow took a dive near the bell.

I cleaned up my desk and raced to the Moosehead, as animated as only an 18 year-old can be. Jack was already there and as I burst through the door, I shouted: “Jack! Jack, there was a strong rumor that the missiles were flying and I tried to sell the market but failed.”

Jack said “Calm down kid! First buy me a drink and then sit down and listen to me.” I ordered the drink and meekly sat down.

Jack said – “Look kid, if you hear the missiles are flying, you buy them. You don’t sell them.”

“You buy them?” I said, somewhat puzzled.

“Sure you buy them!” said Jack. “Cause if you’re wrong, the trade will never clear. We’ll all be dead.”

That’s a lesson you won’t learn in the Wharton School.

Fast forward almost 50 years when on Friday, BCA Research global chief strategist Peter Berezin published a rather bizarre note echoing much of the above.

In a note published with the shocking title “Rising Risk Of A Nuclear Apocalypse”, Berezin writes that “the risk of Armageddon has risen dramatically” and is now at an “uncomfortably high 10% chance” for the following reasons:

Berezin caveats that even if World War III is ultimately averted, “markets could experience a freakout moment over the next few weeks, similar to what happened at the outset of the pandemic. Google searches for nuclear war are already spiking.”

Berezin the writes that “the market today reminds me of early 2020” noting that he wrote a report on February 21 of that year entitled “Markets Too Complacent About The Coronavirus,” in which he said that a full-blown pandemic “could lead to 20 million deaths worldwide,” and that “This would likely trigger a global downturn as deep as the Great Recession of 2008/09, with the only consolation  being that the recovery would be much more rapid than the one following the financial crisis.”

“Many saw that report as alarmist, just as they saw our subsequent decision to upgrade stocks in March as cavalier.”

While admitting that a global thermonuclear outcome is still unlikely, Berezin adds that “just to be on the safe side, I picked up a  couple of bottles of Potassium Iodide earlier this week. When I checked the pharmacy again yesterday, all the bottles were sold out. They are now being hawked on Amazon for ten times the regular price.”

Does the spike in risk of a civilization ending event mean one should sell their investments and enjoy what little time may be left? On the contrary, according to the BCA strategist, “despite the risk of nuclear war, it makes sense to stay constructive on stocks over the next 12 months.”

Why? Because as Art Cashin explained a while back, “If an ICBM is heading your way, the size and composition of your portfolio becomes irrelevant. Thus, from a purely financial perspective, you should largely ignore existential risk, even if you do care about it greatly from a personal perspective.”

And while his forecast over the next 12 months is especially nebulous, in light of the risk of a global nuclear war, Berezin turns more bearish when looking out beyond the next year or two, when “the new cold war will lead to higher, not lower, interest rates. Increased spending on defense and alternative energy sources will prop up aggregate demand, especially in Europe where the need to diversify away from Russian gas is greatest.”

Meanwhile, “the shift to a multipolar world will expedite the retreat from globalization”, which was an important force restraining inflation – and interest rates – over the past few decades.

Lastly, Berezin warns that the ever-present danger of war could prompt households to reduce savings: “It does not make sense to save for a rainy day if that day never arrives. Lower savings implies a higher equilibrium rate of interest.”

As a result, BCA expects that after raising rates modesty this year, the Fed will resume hiking rates towards the end of 2023 or in 2024, “as it becomes clear that the neutral rate in nominal terms is closer to 3%-to-4% rather than the 2% that the market assumes.”

At that point, Berezin concludes that “the secular bull market in equities will likely end.“

A Logarithmic Map Of The Entire Observable Universe 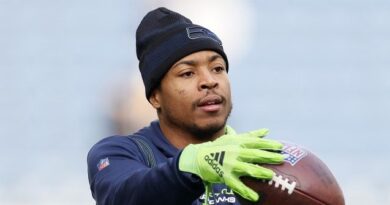