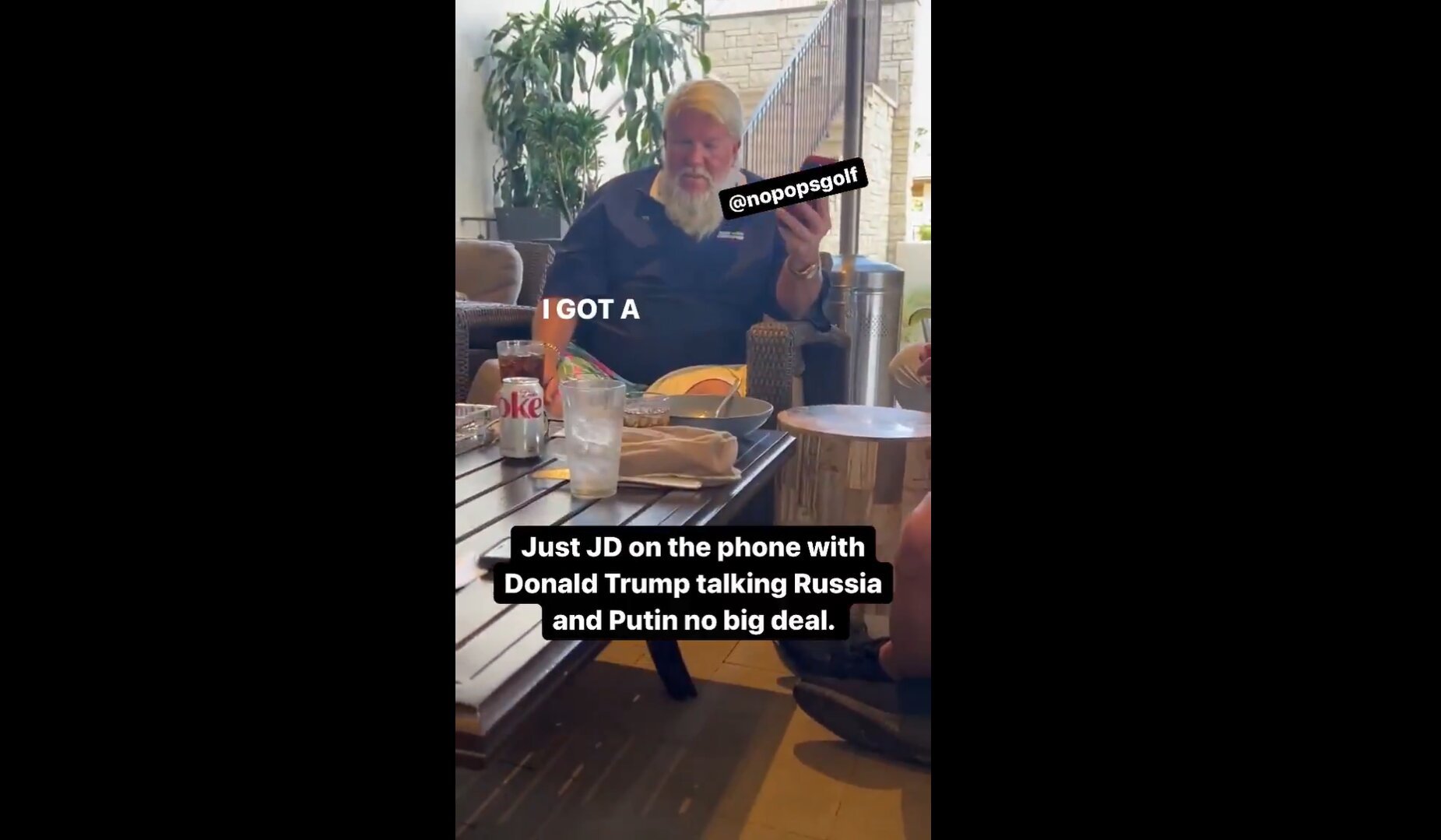 Part of a phone call between President Donald Trump and legendary golfer John Daly was uploaded to Twitter.

The conversation was surrounding the current situation in Ukraine.

Trump confirmed that he had previously warned Putin that he would bomb Moscow if he moved into Ukraine.

Trump also spoke out on his relationship with Chinese President Xi Jinping.

Trump warned that China would threaten Taiwan following Putin’s invasion, predicting that such an outcome would starve the world of technology.

“Taiwan will be next. You won’t have any computer chips. They’ll blow them off the face of the earth.”