Last week, following reports that as part of its countersanctions, the Russian central bank had banned payments to foreign owners of ruble bonds known as OFZ, we said that it was now just a matter of days if not hours, before Russia was in technical default (similar to what happened in 1998 when a Russian default led to the collapse of a little-known hedge fund known LTCM, which was bailed out and ushered in today’s era of moral hazard). And sure enough, late on Friday Bloomberg reported that ahead of the weekend foreign holders of Russia’s local-currency government bonds still haven’t received coupon payments three days after they were due, citing financial data provider CBonds and five investors at American and European firms.

Russia’s National Settlement Depository received the interest – 11.2 billion rubles ($98 million) on 339 billion rubles of bonds known as OFZs due February 2024 – from the government on Wednesday and paid local investors, they said. But international investors weren’t paid because of the Russian central bank’s order barring foreign payments.

“Money is in NSD, payments to Russian bondholders were made,” said Elena Avdonicheva, Head of Russia & CIS Fixed Income Department at CBonds. “Payments to non-residents weren’t made due to government ban, this money is frozen in NSD until further notice. Technically we can expect that money will reach bondholders later.”

And with a bevy of both local and foreign bond coupon payments on deck in the coming days, it’s just a matter of time before something snaps.

So is it time to declare Russia officially in default? Not quite yet: local Russian debt has a grace period of 10 working days after the Moscow Stock Exchange (assuming it ever reopens) publishes what it calls a technical default, according to Cbonds. Adding to the confusion, it also unclear if that will happen because technically, Russia paid.

“Officially in Russia it is not called a default,” Avdonicheva said. “But if we follow the logic: money hasn’t reached bondholders in the right time and investors couldn’t reinvest coupon payments, then it is a technical default.”

Ultimately, the determination of whether or not Russia has defaulted will come from the rating agencies, which will announce some time in mid-March that Russia has entered what is known as “Selective Default”, at which point it will be in default across its entire bond universe.

Meanwhile, even while Russia did make a partial payment on its reuble-denominated debt, all eyes are now on Russia’s foreign-currency debt, where the government is due to pay more than $100 million of coupons on two dollar bonds on March 16. It also has another interest payment due on March 21 and a $2 billion bond maturing on April 4. International bonds have a 30-day grace period and a failure to pay in that time could trigger credit-default swaps, though there’s concern about whether those would pay out as well.

So in an innovative attempt to circumvent this eventuality, on Saturday Vladimir Putin signed a decree allowing companies to pay foreign creditors in rubles, even though we doubt any of Russia’s foreign creditors have any interest in being paid in rubles which have lost 50% of their value in the past week.

The decree establishes temporary rules for sovereign and corporate debtors to make payments to creditors from “countries that engage in hostile activities” against Russia, its companies and citizens. The government will prepare a list of such countries within two days.

According to Saturday’s decree on servicing foreign-held debt, payments will be considered executed if they are carried out in rubles at the central bank’s official rate.

While most Russian corporate bonds denominated in foreign currencies have plunged to deeply distressed levels in recent days as investors weighed the impact of sanctions imposed on the country in the wake of its invasion of Ukraine, on Friday JPMorgan published a list of companies whose bonds it believes are money-good including Lukoil, Novolipetsk Steel and Magnitogorsk Iron and Steel. The Russian government responded to the sanctions by reducing dramatically access to foreign currencies, which could restrict the ability of bondholders to receive interest and principal payments.

In a separate announcement on Sunday, the Central Bank of Russia said it will temporarily ease reporting requirements for Russian lenders in an effort to shield them from the pressure of sanctions. Commercial banks will no longer have to publish their monthly accounts on their websites, though they will still have to submit them to the central bank and then can disclose them to counterparties, the regulator said. 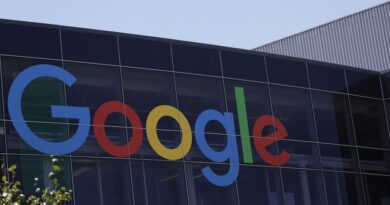 SINISTER: PAYPAL DESPERATELY WANTS YOU TO FORGET THIS!