Never in modern memory was so much demonizing rubbish featured so intensively for days on end nonstop as ongoing MSM war on Russia — based on fake news talking points supplied by US/Western regimes.

Reality on all things Ukraine has been swept under the rug since the Obama/Biden regime installed Nazi-infested tyranny in Kiev by coup d’etat.

Reality in Ukraine is worlds apart from how the nation is portrayed by US/Western officials and their MSM echo chamber.

The nation is a festering sore of fascist tyranny in Europe’s heartland, a regional threat to peace.

For eight years, life in Nazi-infested, fascist Ukraine has been airbrushed from Western reports.

Once again the NYT disgraced itself by giving Britain’s BoJo a platform to spread hate-filled lies about all things Russia and Ukraine.

“Never (was) the dividing line between right and wrong…so stark” as on the ground in Ukraine (sic).

What BoJo called a “proud democracy” is tyranny on steroids.

What he called “Russia’s reckless attack on the Zaporizhzhia nuclear power plant” was fake news rubbish.

What he called “defensive” weapons and equipment supplied to Ukraine by US/NATO regimes are for waging forever war on four million Donbass residents.

No Putin “destruction of…international relations and the UN Charter” — what the US, UK and other complicit NATO regimes ravaged by their endless wars on humanity against invented enemies.

What BoJo called “the flame of freedom” his regime in cahoots with other Western ones have been going all out to extinguish worldwide.

His so-called plan for Ukraine features perpetual war by its regime internally and cross-border against Donbass — along with “strengthening” NATO’s war machine.

In the same Sunday edition, the following rubbish was featured:

What’s going on in Ukraine has nothing to do with “seiz(ing) its territory,” as Friedman falsely claimed.

Both nations are close political and economic allies. Friends support each other’s interests.

Key as well is that China knows that it may be next to be targeted by the US-dominated West in similar fashion to how Russia is being demonized and assaulted today.

Instead, it pretended that “Ukrainians revealed themselves to be some of the bravest people in the world (sic),” adding:

On Mariupol, the Times ignored its infestation by Nazified Ukrainian battalions.

It reported nothing about how they’re embedded in civilian homes, hospitals, schools and elsewhere in residential areas.

Instead, the Times falsely blamed Russia for blocking their evacuation from harm’s way by “open(ing) fire in violation of” an agreed on ceasefire — what Nazified battalions bear full responsibility for.

Since Russia’s demilitarization and deNazification campaign began, Russian forces have gone way out of their way to protect civilian lives, not destroy them — like hegemon USA-dominated NATO operates.

Nor has this occurred anywhere else.

Nor have they struck nonmilitary targets.

No “devastat(ion) (of) towns and villages” occurred, no cities under attack in civilian areas.

Nor does the US/West give a hoot about the safety and welfare of ordinary Ukrainians — nor US-installed puppet Zelensky, a powerless figure in office at the discretion of his higher power in Washington.

While captured Russian soldiers are tortured and otherwise mistreated by Ukrainian thugs, its POWs are treated humanely.

As for an exodus of Western profiteers and media from Russia, good riddance to bad rubbish, an expression I recall from long ago childhood. 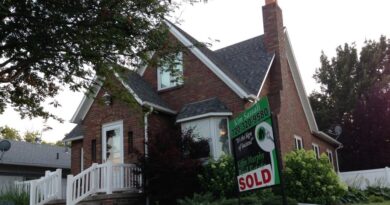