Russia intervened in Ukraine to halt  years of aggression in response to requests for help by Donetsk and Lugansk leaders.

Vladimir Putin intends to protect Donbass residents “who have been subjected to bullying and genocide by the Kiev regime for eight years.”

He acted to protect against the menace posed by Nazified Ukraine to Russia’s security.

He learned of a threat by Kiev to encroach on Crimea he’ll counter if materializes.

Achieving peace and stability requires the “demilitarization and deNazification of Ukraine,” he said — along with holding Ukrainian criminals accountable for their “bloody crimes against civilians.”

“Attempts to shift responsibility for this incident to the Russian military are an element of a cynical propaganda campaign.”

“Russian troops, in cooperation with Ukrainian security forces and plant personnel, are continuing to assure the operation of the nuclear power plant in normal mode.”

“Background radiation remains at normal levels. These facts have been officially confirmed by the IAEA.”

“The physical and nuclear safety of the station is under reliable protection.”

On Sunday, a Kremlin statement said the following:

Vladimir Putin “emphasized that the special operation is proceeding according to a plan and is on schedule.”

Russian forces are “doing everything possible to preserve the lives and guarantee the security of civilians, precision strikes are targeting exclusively the facilities of military infrastructure.”

“Against this background, the actions of nationalist neo-Nazi formations continue the intensive shelling of Donbass and use civilians, including foreigners, as human shields in Ukrainian cities and localities.”

On Sunday, Russian Foreign Ministry spokeswoman Maria Zakharova stressed that Moscow called for Western regimes to fulfill their obligations as required by  Vienna Conventions on Diplomatic and Consular Relations, on the Law of Treaties and related international law.

“Naturally we demanded that Western regimes) accredit our embassies, (and) observe their (other) commitments under the corresponding conventions on diplomatic and consular relations,” she said, adding:

“Naturally we demand that they reiterate their commitments and, what is most important, strictly observe them.”

Notably, hegemon USA-dominated Western regimes “failed to anticipate the consequences for their countries and how they will modify the mentality of people it has brought to the beautiful human rights future.”

“Everything has been forgotten.”

“Everything has been ruined.”

“Nothing is left from the provisions and concepts they adopted.”

Omitted from his remarks was longstanding papal support for wealth, power and privilege, its opposition to liberation theology, liberal morality, ordaining women, equity and social justice.

Exercising dictatorial powers, they govern as they please.

No dissent is tolerated against papal decrees. They have final say — no matter how wrongheaded or unjust.

“(R)ivers of blood and tears are flowing.”

“War is madness. Please stop, look at this cruelty!”

The above remarks sound like Biden or Zelensky regime press release material.

Ignored were years of aggression by Ukrainian forces on long-suffering Donbass residents.

Or say anything about the scourge of Nazified Ukraine in central Europe.

Instead he exaggerated the human toll since February 24.

Largely affecting combatants on both sides, he was silent about how Russia goes out of its way to avoid civilian casualties — in stark contrast to how US-dominated NATO and Nazified Ukraine operate. 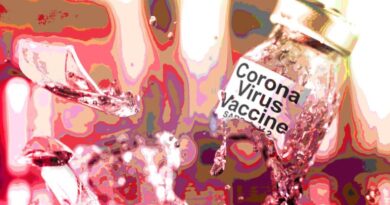 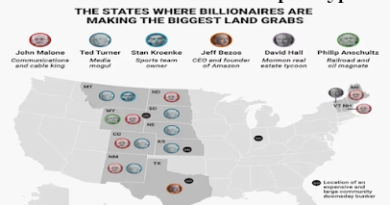