The war is not going well for Kyiv, and it would be unreasonable to expect that to change. As a vastly superior military force overwhelms the US client state, reality is in the process of crashing down hard in the face of western liberals who bought into the war propaganda that the brave, sexy comedian was leading an upset victory to kick Putin’s ass out of Ukraine.

Zelensky is now raging at NATO powers for refusing to intervene militarily against Russia, apparently having previously been given the impression that the US-centralized empire might risk its very existence defending its dear friends the Ukrainians from an invasion.

“Unfortunately, today there is a complete impression that it is time to give a funeral repast for something else: security guarantees and promises, determination of alliances, values that seem to be dead for someone,” Zelensky said Friday.

It must be hard, the process of learning that you were never actually a valued partner in western civilization’s fight for freedom and democracy. That you were always just one more sacrificial pawn on the imperial chessboard.

In a new article titled “U.S. and allies quietly prepare for a Ukrainian government-in-exile and a long insurgency“, The Washington Post reports that US officials anticipate Russia will reverse its early losses and successfully drive the Zelensky regime out of the country, after which “a long, bloody insurgency” is planned against the invaders backed by billions of dollars in US funding.

The US has a history of working to draw Moscow into gruelling, costly military quagmires which monopolize its military firepower while leaching it of blood and treasure. Jimmy Carter’s National Security Advisor Zbigniew Brzezinski, author of US hegemonic manifesto The Grand Chessboard: American Primacy and Its Geostrategic Imperatives, openly bragged about having lured Russia into its own Vietnam fighting the US-backed mujahideen in Afghanistan for a decade.

Just two years ago then-US Special Representative for Syria engagement said during a video event hosted by the Hudson Institute that his job was to make Syria “a quagmire for the Russians”.

So this isn’t something new or out of the blue, and what it means is that all the self-righteous posturing by the western political/media class about the need to pour weapons into Ukraine is not really about saving Ukrainian lives (only negotiating a ceasefire can do that), but about seizing this golden opportunity to hurt Russia’s geostrategic interests as much as possible. Ukraine on its own is powerless to stop Russia from taking Kyiv no matter how many weapons are sent, but those weapons can be used to fight a “long, bloody insurgency” after that happens which costs many more lives, keeps Moscow militarily preoccupied and hemorrhaging money, and ultimately hurts Putin’s popularity at home.

This by itself would do a great deal to advance US interests, but on top of that you’ve got the even greater benefit of manufacturing international consent for unprecedented acts of economic warfare against the entire nation of Russia, as well as killing Nord Stream 2 and rallying immense support for NATO and the imperial military/intelligence machine. The western world is now a united front against the Sauron-like menace of Vladimir Putin in much the same way it united against the threat of global terrorism after 9/11, and we’re probably only seeing the beginnings of the agendas this will be used to roll out.

We can expect these agendas to be used in an attempt to impoverish, undermine, agitate, and ultimately collapse and balkanize Russia, as the CIA and Washington swamp monsters have wanted to do since the fall of the Soviet Union. This would leave China standing alone without its nuclear superpower guard bear and much more vulnerable to imperial operations geared toward thwarting the emergence of a true multipolar world, a goal US imperialists have had in writing for three decades.

That’s a whole lot of potential benefit to the US empire just for losing Ukraine. Kind of like sacrificing a pawn to get the queen in chess.

I think a big part of why I and others wrongly underestimated the likelihood of a full-scale invasion of Ukraine was that the cost-to-benefit math never made sense; on paper Moscow stands so much more to lose by this action in the long term than it stood to gain. There was also a bit of an assumption that the empire would rather Russia not take Ukraine, preferring to gradually encroach with NATO salami slicing tactics than give up a useful client state on Russia’s border, and would adjust its actions accordingly.

But chess is all about out-maneuvering your opponent to leave them nothing but bad options to choose from, and in the end leaving the king with no safe moves. The drivers of empire would have known that, as the late Justin Raimondo explained all the way back in 2014 for Antiwar, Putin could not afford to lose Ukraine to the west without losing crucial support in Russia. Combine that with increased attacks on Donbas separatists and the west’s adamant refusal to make even the most meaningless concessions like guaranteeing they wouldn’t add a nation to NATO who they had no intention of adding anyway, and you can understand if not support Putin’s drastic course of action.

No meaningful diplomatic effort is being made by Washington to end the violence. Ukrainian lives are being spent like pennies to facilitate the agenda of US planetary domination by whipping up international support for the strangulation of Russia while pouring vast fortunes into the military-industrial complex rather than taking even the tiniest step toward de-escalation, diplomacy and detente.

And it’s entirely possible that this was all planned years in advance.

Is it a coincidence that before this started we were bombarded with shrieking anti-Russia narratives for five years, all of which were initiated by secretive and unaccountable intelligence agencies and none of which have ever been substantiated with hard evidence? The discredited conspiracy theories that there was a Kremlin asset in the Oval Office had nothing to do with Ukraine. Neither did the plot hole–riddled and still completely unproven claim that Russian hackers intervened in the US election, or the baseless claim that St Petersburg trolls did the same. Neither did the claim that Russia was paying Taliban-linked fighters to kill US troops in Afghanistan, which was eventually walked back by the same intelligence cartel that made it.

All these hysterical anti-Russia narratives were shoved in everyone’s face day after day, year after year, with nothing really uniting them apart from the fact that they drove up general anxiety about Russia and that they were initiated by the US intelligence cartel. Even the empty Ukrainegate scandal which led to Trump’s unsuccessful impeachment was initiated by a CIA officer who just happened to be in the right place at the right time.

And while all those shrill narratives about a Putin puppet serving as America’s commander-in-chief were being aggressively hammered into public consciousness, Trump’s actual policies toward Moscow were extremely hawkish and aggressive. Beneath the narratives about Kremlin servitude, a new cold war was being dangerously escalated.

And now, lubricated years in advance by these mass-scale anti-Russia narratives, I’ve got western liberals in my social media notifications with blue and yellow profile pictures calling me a Russian propagandist and a Kremlin shill all day, every day. Because of that mass-scale propaganda campaign, we were paced to this point all the way from where we were at a few years ago when Obama was mocking Mitt Romney for his then-outlandish Russia hawkishness.

So we’re looking at increasingly aggressive confrontations between the US power alliance and the China-Russia bloc for the foreseeable future in a struggle which has already erupted in hot war and could easily get infinitely worse. All because a few manipulators in high places convinced the US establishment that global unipolar domination would be a good thing. Many of these unipolarist empire architects were involved in the murderous and influential Project for a New American Century (PNAC), whose founding members are now providing expert punditry on what should be done about the war in Ukraine.

Michael Parenti saw this all coming long ago:

The PNAC plan envisions a strategic confrontation with China, and a still greater permanent military presence in every corner of the world. The objective is not just power for its own sake but power to control the world’s natural resources and markets, power to privatize and deregulate the economies of every nation in the world, and power to hoist upon the backs of peoples everywhere — including North America — the blessings of an untrammeled global “free market.” The end goal is to ensure not merely the supremacy of global capitalism as such, but the supremacy of American global capitalism by preventing the emergence of any other potentially competing superpower.

We should not have to live this way. We should not have to see the horrors of war inflicted upon humanity with the risk of total nuclear annihilation hanging over our heads every minute of every day, all for some dopey grand chessboard maneuverings of a few sociopaths who can’t just let humanity be.

There is no good reason why nations cannot simply collaborate with each other for everyone’s benefit. There is no good reason we should accept these omnicidal games of planetary conquest as inevitable, normal, or fine. If our minds weren’t so pervasively locked down by mass-scale psychological manipulation, there is no way we would stand for this madness.

I don’t know if the US will succeed in this grand strategic confrontation to prevent the rise of a multipolar world. From where I’m sitting it depends on which side of the conflict has more tricks up their sleeve, and that could easily be the emerging China-centralized alliance of which Russia is a key player. But I do think it’s far too early for anyone to declare that the US-led world order is over and a true multipolar world has solidified.

There are many moves on the chessboard still to be played. 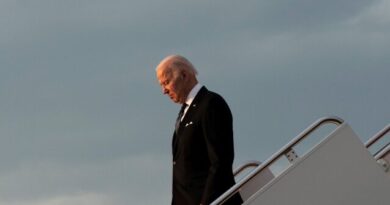 Poll: 71% Feel Either ‘Scared’ or ‘Angry’ About Direction of Nation 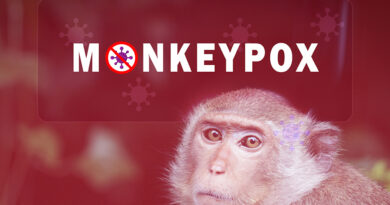 Dr. Jim Meehan: Monkeypox outbreak was ENGINEERED because people are no longer afraid of COVID-19