Pro-Israeli government campaigners were left bitterly disappointed when, earlier this month, their campaign to remove Palestinian activist and academic Shahd Abusalama from her position at Sheffield Hallam University failed.

“I have been wholly exonerated of the false charges of antisemitism, brought under the unfit-for-purpose IHRA definition,” Abusalama announced, adding that she has actually been offered a more secure contract with the university, giving her more protection from these smears.

The Jewish Chronicle, Britain’s self-proclaimed “oldest Jewish newspaper,” was furious with the decision to allow an “activist who praised terrorists” to continue in her position, labeling the Yorkshire institution a “hostile environment” for British Jews to study at.

Today, Abusalama joins Watchdog host Lowkey to talk about her upbringing in a Gazan refugee camp, her struggles with the powerful Israel lobby, and her future.

Shahd Abusalama is an artist, activist, teacher, and co-founder of the London-based Hawiyya Dance Company. Her writings can be found on her blog, Palestine From My Eyes. In her role as associate lecturer at Sheffield Hallam University, she will be teaching a course on postcolonial media culture.

Born into an activist family, Abusalama grew up in Jabalia Refugee Camp in northern Gaza. When he was at a young age, her father was imprisoned and tortured, and was sentenced to over 700 years in an Israeli prison (he was released in 1985 in a prisoner exchange deal). Charges had been brought against her because she displayed a poster with the words “Stop the Palestinian Holocaust” and referred to the Israeli bombing of Gaza in May of last year using the same language.

She considers claiming this as evidence of antisemitism is ludicrous. “Any Palestinian liberation organization is deemed terrorist by the occupying power. This is ridiculous, of course… As Palestinians living under occupation, we have a right to resist,” she told Lowkey today.

Nevertheless, the Israel lobby has achieved a number of victories in previous years, notably whipping up a media furor over antisemitism in the Labour Party, something that helped the right wing of the party purge prominent anti-war, anti-apartheid activists from its midst.

Of late, however, there has also been a series of serious setbacks for the state of Israel and its PR campaign. Dozens of performers pulled out of the Sydney Festival in January over its financial relationship with the Israeli embassy, while Israeli weapons company Elbit Systems recently shut down its plant in Oldham near Manchester after activists occupied it, stopping production of drones being used to harm civilians. In previous episodes, the Watchdog Podcast covered both these issues in depth. Join us for another in-depth conversation about Israel, Palestine and free speech.

Feature photo | A policeman looks down a line of demonstrators near the Israeli embassy protesting against the action taken against Gaza, in London, July 11, 2014. Alastair Grant | AP

Lowkey is a British-Iraqi hip-hop artist, academic, political campaigner, and a MintPress video and podcast host. As a musician, he has collaborated with the Arctic Monkeys, Wretch 32, Immortal Technique, and Akala. He is a patron of Stop The War Coalition, Palestine Solidarity Campaign, the Racial Justice Network, and The Peace and Justice Project founded by Jeremy Corbyn. 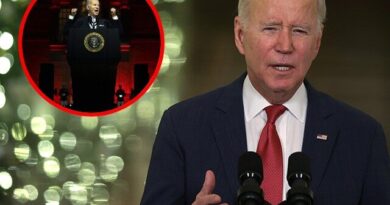 Let’s Not Obsess Over Julian Assange’s Job Title, but Consider What Is the Real Story About His Extradition