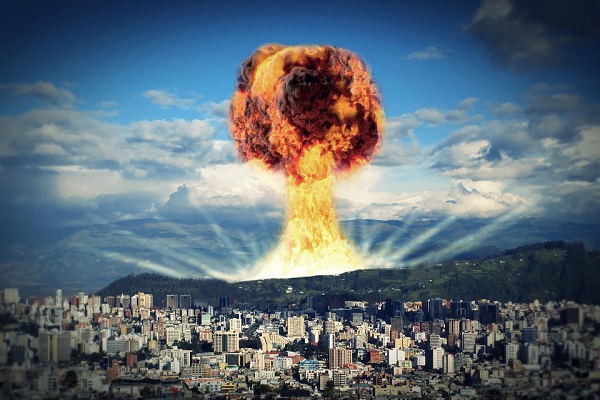 Just what is at stake in Ukraine?  Oh, maybe everything.  Besides the horrendous loss of life, the conscription of young Ukrainian boys to repel Russian soldiers’ advance, the streaming of hundreds of thousands of homeless refugees across Europe, and widespread property destruction, the war has become an immediate referendum on the West’s cherished “rules-based international order.”

That “order” celebrated in the West as a system of rules, agreements, and commitments to keep the international peace has long been scorned by nation-states such as China, Russia, and Iran, which see the “international system” as nothing more than a type of regulatory prison that elevates the wealth and power of the United States and Europe while keeping potential competitors in check.  If international law, trade, banking, technology development, and information access all flow from a single spigot controlled by Washington, D.C.; London; Brussels; and the United Nations headquarters in New York City, then Western leaders hold a distinct advantage over all geopolitical relations across the globe.  When they are the only ones who can effectively place a thumb on that spigot and reduce its flow to perceived threats to the “international order,” then those opposing the “system” lose out fast.

The battle in Ukraine has already become a world war — one in which the weapons used have been chiefly financial in nature and most of the territory being fought over involves digital ones and zeroes.  Instead of shutting down Ukraine’s airspace, the West’s response to the Russian invasion has been an incremental ratcheting up of financial sanctions against Russia’s central bank and powerful oligarchy and a cascading quarantine of Russia from the broadly used instruments of the West’s “rules-based international order.”  Rather than rushing to put boots on the ground, Western leaders have clamored for Russia to be cut off from ease of access to the Society for Worldwide Interbank Financial Telecommunication (SWIFT) and to be limited in its ability to liquidate holdings of foreign currencies that could be used to keep its economic system afloat.

If the West can’t financially squeeze Russia to yield control in Ukraine, then it threatens to blast its banks with enough “rules-based” bombs to sink the value of the ruble and leave Russia insolvent.  If Russia can withstand this onslaught, then it weakens the overall power of the West’s vaunted “international order.”  If the West’s sustained pummeling of Russia’s financial system convinces enough nation-states that they, too, could one day be targeted by “rules-based” warfare, however, then it becomes increasingly likely that an alternative to the current system arises out of Ukraine’s ashes.  In other words, even with violence so far limited to Ukraine, the whole global interconnected web of financial and cyber-instruments that undergird modern commerce is currently at some state of war.

That being the case, the question is how well the West’s current “rules-based international order” is built to survive Russia’s challenge.  Its control over the interbank SWIFT system allows it to target select Russian banks, but Europe’s dependence on Russia’s energy supplies limits the West from targeting those financial institutions instrumental to keeping Europe’s lights on and heat pumping.  It can cripple Russia’s ability to import and export goods by freezing the assets of its central bank, but it risks strengthening an alliance between Russia and China that the West has long sought to prevent.  It can destroy the ruble, but it cannot prevent the possibility that such a calamitous attack on Russia’s currency would precipitate the creation of some digital currency linking Russia, China, and much of Eurasia while simultaneously decoupling half the world from the U.S.-controlled “international system.”  It can limit Russia’s ability to export its energy resources to Europe (thereby undermining European industrial capacity and national security), but it cannot prevent China from enthusiastically gobbling up Russia’s abundant supplies.  The West’s all-in response to cripple Russia’s power by decapitating its financial engine may end up being the dynamite that forces the Shanghai Cooperation Organization (SCO, the world’s largest regional economic and security alliance) to separate Eurasia entirely from the existing international order.

There is no doubt Russia has been preparing for this day, as it has steadily increased its gold supply over the last decade while reducing its dependence on U.S. dollars.  There should be every doubt, however, that Europe has properly prepared for this financial world war when it has spent the last decade reducing its industrial energy supplies from nuclear energy (Belgium and Germany), fracking (United Kingdom), and oil and natural gas exploration generally.  If the global economy is ultimately based on hydrocarbon energy, Russia is flush, and Europe is empty.

Meanwhile, far from jumping into action by quickly unleashing the potential of its coal, oil, and natural gas industries and releasing its abundant resources to a depleted Europe, the United States under Joe Biden has given every indication that it intends to follow the European Union’s lead in chasing “green” energy dreams, tilting at windmills, and leaving the West to the tender mercies of its erstwhile Russian and Iranian energy-producing enemies.  If that reality were in any doubt, Biden’s recent decision to abandon support for Israel’s EastMed pipeline that would have delivered natural gas to an energy-starved Europe in favor of doubling down on Russian gas exports piped through Ukraine sealed Europe’s fate.

In other words, if the West were really committed to standing up to Russia, its first step would be to abandon its obsession with anthropogenic climate change, net-zero carbon emissions, and the political left’s Green New Deal.  It would also learn to lean on an ally, Israel, rather than repeatedly chasing friendship with an Iranian government that has proved itself for four decades a committed foe.

The war being waged between Russia and the West today, then, uses the blunt instruments of international institutions as its chief weapons in pushing for leverage.  Not only that, but the war may well decide which international institutions ultimately survive to propagate the system going forward.  Will the West’s “rules-based international order” maintain control, or will the events unfolding bifurcate it permanently?  Will a new Eurasian system, cemented by SCO and China’s Belt and Road initiative, be spurred by the current crisis to supplant the existing global order?

Time will tell.  As Lithuanian politician Matas Maldeikis stated of the European tinderbox in an interview with Breitbart London, if Ukraine can survive the next month, then “Putin will be dead in Russia.”  Of course, if Putin has pushed all his geopolitical poker chips into the pot for a hand that will decide his survival, then that makes this one of the most dangerous poker games since the Cuban Missile Crisis.