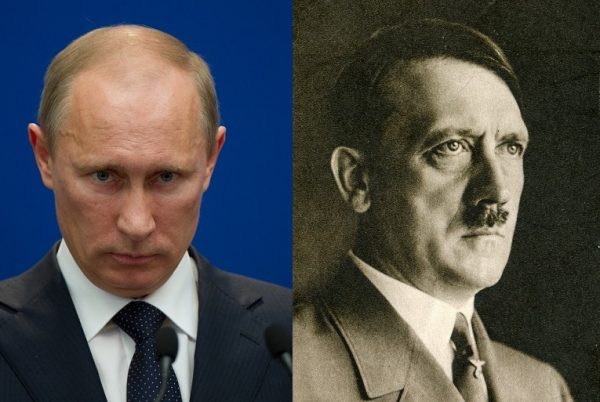 by Ron Unz, The Unz Review:

For years the eminent Russia scholar Stephen Cohen had ranked President Vladimir Putin of the Russian Republic as the most consequential world leader of the early twenty-first century. He praised the man’s enormous success in reviving his country after the chaos and destitution of the Yeltsin years and emphasized his desire for friendly relations with America, but increasingly feared that we were entering into a new Cold War, even more dangerous than the last.

As far back as 2017, the late Prof. Cohen argued that no foreign leader had been as greatly vilified in recent American history as Putin, and Russia’s invasion of Ukraine two weeks ago has exponentially raised the intensity of such media denunciations, almost matching the hysteria our country experienced two decades ago after the 9/11 attack on New York City. Larry Romanoff has provided a useful catalog of some examples.

Until recently, this extreme demonization of Putin was largely confined to Democrats and centrists, whose bizarre Russiagate narrative had accused him of installing Donald Trump in the White House. But the reaction has now become entirely bipartisan, with enthusiastic Trump-backer Sean Hannity recently using his prime-time FoxNews show to call for Putin’s death, a cry soon joined by Sen. Lindsey Graham, the ranking Republican on the Senate Judiciary Committee. These are astonishing threats to make against a man whose nuclear arsenal could quickly annihilate the bulk of the American population, and the rhetoric seems unprecedented in our postwar history. Even in the darkest days of the Cold War, I don’t recall such public sentiments ever being directed towards the USSR or its top Communist leadership.

In many respects the Western reaction to Russia’s attack has been closer to a declaration of war than merely a return to Cold War confrontation. Russia’s massive foreign reserves held abroad have been seized and frozen, its civilian airlines excluded from Western skies, and its leading banks disconnected from global financial networks. Wealthy Russian private citizens have had their properties confiscated, the national soccer team has been banned from the World Cup, and the longtime Russian conductor of the Munich Philharmonic was fired for refusing to denounce his own country.

Such international retaliation against Russia and individual Russians seems extremely disproportionate. As yet the fighting in Ukraine has inflicted minimal death or destruction, while the various other major wars of the last two decades, many of them American in origin, had killed millions and completely destroyed several countries, including Iraq, Libya, and Syria. But the global dominance of American media propaganda has orchestrated a very different popular response, producing this remarkable crescendo of hatred.

Indeed, the closest parallel that comes to mind would be the American hostility directed against Adolf Hitler and Nazi Germany after the outbreak of World War II, as indicated by the widespread comparisons between Putin’s invasion of Ukraine and Hitler’s 1939 attack on Poland. A simple Google search for “Putin and Hitler” returns tens of millions of webpages, with the top results ranging from the headline of a Washington Post article to the Tweets of pop music star Stevie Nicks. As far back as 2014, Andrew Anglin of the Daily Stormer had documented the emerging meme “Putin is the new Hitler.”

Although enormously popular, such Putin-Hitler analogies have hardly gone unchallenged, and some media outlets such as the London Spectator have strongly disagreed, arguing that Putin’s strategic aims have been quite limited and reasonable.

Many sober-minded strategic analysts have made this same point at length, and very occasionally their contrary views have managed to slip through the media blockade.

Although FoxNews has become one of the outlets most rabidly hostile to Russia, a recent interview with one of their regular guests provided a very different perspective. Col. Douglas Macgregor had been a former top Pentagon advisor and he forcefully explained that America had spent nearly fifteen years ignoring Putin’s endless warnings that he would not tolerate NATO membership for Ukraine, nor the deployment of strategic missiles on his border. Our government had paid no heed to his explicit red-lines, so Putin was finally compelled to act, resulting in the current calamity:

Prof. John Mearsheimer of the University of Chicago, one of our most distinguished political scientists, had spent many years making exactly these same points and blaming America and NATO for the simmering Ukraine crisis, but his warnings had been totally ignored by our political leadership and media. His hour-long lecture explaining these unpleasant realities had quietly sat on Youtube for six years, attracting relatively little attention, but then suddenly exploded in popularity over the last few weeks as the conflict unfolded, and has now reached a worldwide audience of over 17 million. His other Youtube lectures, some quite recent, have been watched by additional millions.

Such massive global attention finally forced our media to take notice, and the New Yorker solicited an interview with Mearsheimer, allowing him to explain to his disbelieving questioner that American actions had clearly provoked the conflict. A couple of years earlier, that same interviewer had ridiculed Prof. Cohen for doubting the reality of Russiagate, but this time he seemed much more respectful, perhaps because the balance of media power was now reversed; his magazine’s 1.2 million subscriber-base was dwarfed by the global audience listening to the views of his subject.

During his long and distinguished career at the CIA, former analyst Ray McGovern had run the Soviet Policy Branch and also served as the Presidential Briefer, so under different circumstances he or someone like him would would currently be advising President Joe Biden. Instead, a few days ago he joined Mearsheimer in presenting his views in a video discussion hosted by the Committee for the Republic. Both leading experts agreed that Putin had been pushed beyond all reasonable limits, provoking the invasion.

Prior to 2014 our relations with Putin had been reasonably good. Ukraine served as a neutral buffer state between Russia and the NATO countries, with the population evenly divided between Russian-leaning and West-leaning elements, and its elected government oscillating between the two camps.

But while Putin’s attention was focused on the 2014 Sochi Olympic Games, a pro-NATO coup overthrew the democratically-elected pro-Russian government, with clear evidence that Barbara Nuland and the other Neocons grouped around Secretary of State Hillary Clinton had orchestrated it. Ukraine’s Crimea peninsula contains Russia’s crucial Sevastopol naval base, and only Putin’s swift action allowed it to remain under Russian control, while he also provided support for break-away pro-Russian enclaves in the Donbass region. The Minsk agreement later signed by the Ukrainian government granted autonomy to those latter areas, but Kiev refused to honor its commitments, and instead continued to shell the area, inflicting serious casualties upon the inhabitants, many of whom held Russian passports. Diane Johnstone has aptly characterized our policy as years of Russian bear-baiting.

As Mearsheimer, McGovern, and other observers have persuasively argued, Russia invaded Ukraine only after such endless provocations and warnings were always ignored or dismissed by our American leadership. Perhaps the final straw had been the recent public statement by Ukraine President Volodymyr Zelenskyy that he intended to acquire nuclear weapons. How would America react if a democratically-elected pro-American government in Mexico had been overthrown in an coup backed by China, with the fiercely hostile new Mexican government spending years killing American citizens in its country and then finally announcing plans to acquire a nuclear arsenal?

Moreover, some analysts such as economist Michael Hudson have strongly suspected that American elements deliberately provoked the Russian invasion for geostrategic reasons, and Mike Whitney advanced similar arguments in a column that went super-viral, accumulating over 800,000 pageviews. The Nord Stream 2 pipeline carrying Russian natural gas to Germany had finally been completed last year and was about to go into operation, which would have greatly increased Eurasian economic integration and Russian influence in Europe, while eliminating the potential market for more expensive American natural gas. The Russian attack and the massive resulting media hysteria have now foreclosed that possibility.

So although it was Russian troops who crossed the Ukrainian border, a strong case can be made that they did so only after the most extreme provocations, and these may have been deliberately intended to produce exactly that result. Sometimes the parties responsible for starting a war are not necessarily those that eventually fire the first shot.

Ironically enough, the arguments of Mearsheimer and others that Putin was greatly provoked or possibly even manipulated into attacking Ukraine raise certain intriguing historical parallels. The legions of ignorant Westerners who mindlessly rely upon our disingenuous media may be denouncing Putin as “another Hitler” but I think they may have inadvertently backed themselves into the truth. 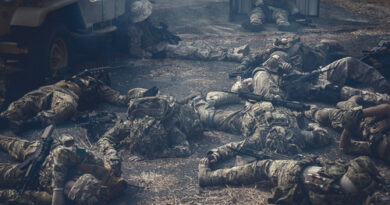 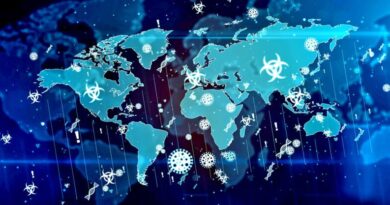