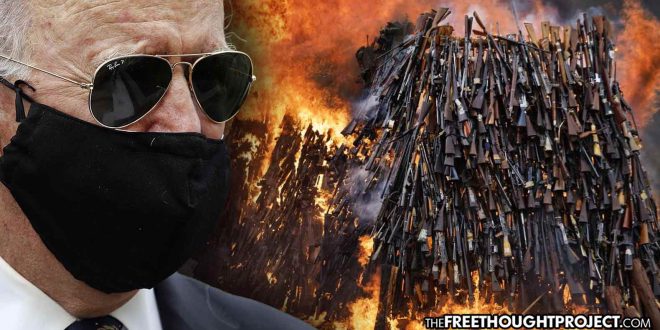 As we reported last week, thanks to the lack of legal protections regarding firearm ownership, authorities in Ukraine have managed to keep their citizens largely disarmed while only arming friends of government officials.

Because it is difficult for the average citizen to obtain a gun, the black market for guns in Ukraine has flourished and the gun control measures in the country have essentially ensured that only state actors and their friends, and the folks willing to break the law — were the only ones with guns.

Now, as Russian troops cross their borders, most Ukrainians are forced to leave their homes and run as many of them are unarmed and defenseless. Seeing this problem — albeit too late — Ukrainian President Volodymyr Zelensky sought to fix it by arming the citizens… after the fact.

“We will give weapons to anyone who wants to defend the country. Be ready to support Ukraine in the squares of our cities,” he tweeted as the conflict escalated.

We will give weapons to anyone who wants to defend the country. Be ready to support Ukraine in the squares of our cities.

“All those who are ready to take up arms, join the ranks of the area defense forces of the Armed Forces of Ukraine. We simplified procedures. Only your ID is needed. We give weapons to all patriots!” Ukraine’s Armed Forces said in a tweet, following up Zelensky.

In a hypocritical twist of irony, the staunchly antigun liberals at Occupy Democrats took to praising the Ukrainian government for arming its citizens, finally realizing that the second Amendment is not for hunting.

As Ukraine began realizing that their lack of armed citizens presented a national threat, American politicians back home are figuring out how to take guns from its armed populace.

Though the current political climate has made it rather difficult to push for gun control through Congress, Biden is following in Trump’s footsteps and is going to limit your right to self-defense through executive order.

As Americans praise the Ukrainian state for arming citizens, many have no idea their government is trying to disarm them as soon as this summer. Biden’s first EO will criminalize popular pistol braces. As it stands, roughly 40 million Americans use these devices to stabilize their firearms and this EO could turn them into criminals overnight.

The second EO being rammed through by the Biden administration will force citizens to register their “80 percent lowers.” Officially called a “receiver blank” by the ATF, an 80% lower is an unfinished receiver that isn’t considered a firearm until the purchaser finishes it at home. Biden likes to call these “ghost guns” to scare folks but they are really just modifications for most folks who like to tweak their firearms.

Under this EO, millions of gun owners will also be subject to criminal law overnight.

Neither of the executive orders offer a grandfather clause for people who have legally obtained these tools. If the millions of people refuse to go along with the new executive order, or even if they are unaware they were passed, they will be felons instantly.

Despite the fact that these executive orders are unconstitutional, Trump paved the way for this type of gun control through executive power when he banned bump stocks in 2018.

The only way to prevent such a tyrannical order is for states to nullify them. As Mike Maharrey points out for the 10th Amendment Center: 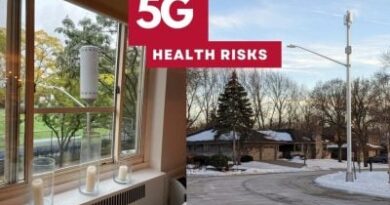