The Wuhan coronavirus (COVID-19) pandemic has achieved its intended purposes of killing millions of people and wrecking the economies of countries all over the world. People have to remember that part of the globalist agenda is population control, and it is one of the purposes of everything that is happening right now in the world.

Wars are coming, too, just as they warned a long time ago.

World on course for a new Cold War

The world is clearly on course for another version of the Cold War, with Russia and China on one party and America and Europe on the other group.

It’s entirely possible that Schwab is secretly calling the shots, and if the West does decide to interfere militarily in Russia’s invasion of Ukraine, it will be for the reason that the conspirators want the conflict to happen and see it as another way to further harm the global economy and lead to a few million deaths.

Ruining the global economy is an important move on the path to the Great Reset with the speech coming from Washington and London definitely implying that both Biden and Johnson are determined to aggravate the situation by causing more terror, pushing up energy prices and terrifying people even more.

Globalists have taken advantage of the turmoil

And so the Great Reset is already upon us or at least the powers that be are trying to bring it out now. What was once considered a conspiracy theory is now crystal clear to everyone. The economic, political, academic and media global elites around the world have taken advantage of the turmoil and restrictions on freedom from the COVID-19 lockdowns and used them to basically change society around the world.

The global elites want to make a society of renters who own nothing, while driving a social agenda that would be unwelcome with the masses and hard to carry out in a society with a wide, ownership-based middle class.

This also means that people would rent not just their home, but also their phone, computer, car and everything else that they need in life.

The opposite of this will be a basic transformation of the world economy. A person will no longer have a job in the traditional sense. Instead, a person will work assorted jobs all of which will place an individual in a very risky position at any given moment. The “employed individual” will receive a payment for services rendered but with no benefits, paid time off, healthcare or something more that the middle class in the West has become used to.

The globalists are always plotting to make wars and pandemics as part of their plan. Keeping stocks of food, preparing for electricity and fuel shortages and making sure to save some money will help people get through the dark times that the globalists have planned.

The global elites have only just started their campaign to take total control of the world. People must stay strong and be prepared for it.

The post Charlie Ward: The War Is Against The Great Reset With Mel K! – Must Video  appeared first on best news here. 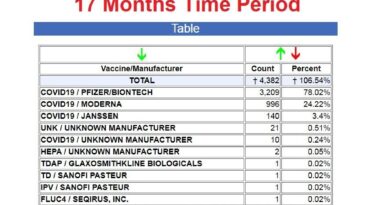 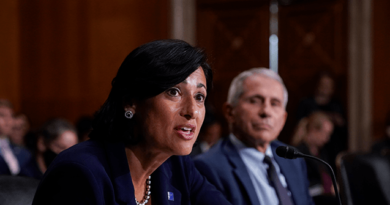 CDC Director Walensky Dodges on Whether COVID Pandemic Is Over

In The Matrix? Cosmologist Explains How Humans Could Be Living In A Simulated Universe Beyond Perception