On Sunday, we published the latest note from Credit Suisse funding guru Zoltan Pozsar in which he explained why “toxic” commodities originating in Russia and used as collateral in various funding chains (which he likened to a downgrade of a CDO tranche from AAA to junk overnight, as buyers suddenly balk at any Russian exports), could set the stage for a “Classic liquidity crisis.”

Among the many topics covered in the expansive note, Pozsar touched on the threat of margin calls facing producers (who are long physical commodities in the spot market, and short futures to hedge exposure), and mused “Does going from AAA to junk trigger margin calls? You bet!”

This is what we said last night:

Pozsar points to Glencore’s iconic – if criminal  – founder, whose Marc Rich’s legacy in the annals of global finance was to introduce the concept of leverage and borrowed money into commodity trading. It’s simple: a bank lends you the money to lease ships and buy commodities to deliver them sometime and someplace in the future at a locked-in price (via short futures).

The pattern should ring a bell.

Consider your typical, highly levered bond RV fund, such as Millennium and Citadel, is long the bond, short the future, and funds the package in the repo market. It was this bond basis trade that was behind the repo market crash of 2019 and then blew up just a few months later in March 2020; it’s also why hedge funds with regulatory leverage as high as 8x were begging for a Fed bailout when their RV trades blew up, similar to what happened to LTCM in 1998.

That analogy, Pozsar argues, is the same as a commodity trader moving stuff around. But if collateral spoils, funding is impossible to come by and spot price spikes are triggering margin calls, or as he puts it “March 2020 all over again?” While it probably is not the same size, the repo guru advises readers to “be mindful of the parallels and the funding and collateral linkages.”

“But who is getting the margin calls?” Pozsar asked, and answered: market participants that are long commodities either in the ground or in transit and want to lock in a price by shorting futures: “these include every commodity producer in the world including Russia, and every major commodity trading house, respectively.”

He was right once again, because just a few hours later, none other than the largest private sector coal company in the world (which emerged from a 2016 bankruptcy in 2017) announced that it has entered into a financing arrangement with Goldman Sachs providing for a $150 million unsecured credit facility (paying 10% interest) “support the company’s potential near-term liquidity requirements” in response to what appears to have been a substantial margin call.

The is what the company said:

I.e., BTU was just slapped with a margin call which considering Newscastle coal prices recently hit $420 is not a surprise.

The new credit facility, along with available cash, will support the company’s near-term liquidity requirements in the event of additional increases in the underlying market coal price.  Under the company’s derivative contracts, cash collateral is returned to the company upon reductions in the underlying market coal price or as the company delivers seaborne thermal coal into the market at spot prices.  Additionally, the company anticipates it will generate significant operating cash flows from unpriced volumes based on its current operating plans, if the current market dynamics persist.

But while investors may be concerned that the margin call, and hedges, may limit the company’s upside – and is why the stock is down 10% today, the company is quick to explain that its hedges cover only a modest portion of its output: “With the exception of the 1.9 million metric tons at Wambo priced at $84 per metric ton, export sales from Peabody’s seaborne thermal segment are largely unpriced and will benefit if the current pricing environment persists.” In context, last year Peabody’s seaborne thermal segment exported 8.7 million metric tons and generated revenue of approximately $762 million at an average realized price of $87.51 per metric ton.

High demand and tight supply for coal globally has resulted in a substantial rise in seaborne thermal coal prices, which has been amplified by the Russian-Ukrainian conflict resulting in unprecedented upward volatility in Newcastle coal pricing since late February.  The Newcastle financial price for March closed at $419.50 on March 4, 2022, which is 248% above the closing index price of $169.17 on December 31, 2021.  As a result, the company has posted an additional $534 million to satisfy the margin requirements for its derivative contracts since December 31, 2021.  With the exception of the 1.9 million metric tons at Wambo priced at $84 per metric ton, export sales from Peabody’s seaborne thermal segment are largely unpriced and will benefit if the current pricing environment persists. In 2021, Peabody’s seaborne thermal segment exported 8.7 million metric tons and generated revenue of approximately $762 million at an average realized price of $87.51 per metric ton.

That said, the terms of the facility are rather onerous, and in addition it demands that any equity sales under “at-the-market” issuance will be applied to paydown outstanding debt.

The credit facility will be a senior, unsecured obligation of Peabody, will mature on April 1, 2025, and will accrue interest payable at 10.0% per annum on drawn amounts.  Any net cash proceeds received by the company from the issuance and sale of any equity securities under its “at-the-market” equity issuance program are required to be applied to paydown any outstanding borrowings under the new credit facility.

News of the margin call sent BTU stock tumbling 10%, after hitting a three-year high earlier in the session. 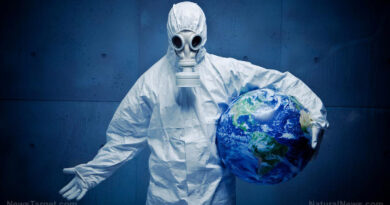