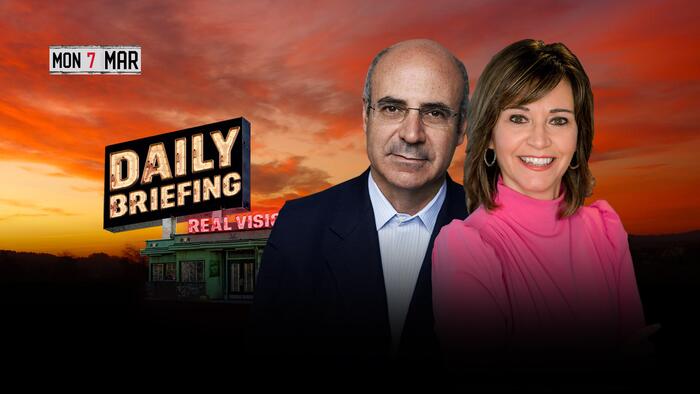 Re-pricing in the aftermath of Russia’s invasion of Ukraine remains the dominant theme across global financial markets, with energy and food supplies top-of-mind for investors and policymakers alike. West Texas Intermediate crude reached levels last seen in 2008 on reports the U.S. federal government is actively considering a ban on Russian oil imports. Wheat is also trading at decade-and-a-half highs. And European natural gas has surged 79% since the onset of war. Squeezing Vladimir Putin seems the international community’s primary strategy right now. According to Bill Browder, a longtime nemesis of the Russian president, “The only way we can stop Putin is to starve him of resources.” Browder, co-founder and CEO of Hermitage Capital Management and the leader of the Global Magnitsky Justice Campaign, joins Real Vision’s Maggie Lake for today’s Daily Briefing to address Russia’s invasion of Ukraine and to assess the impact of coordinated international sanctions on Putin’s government, the oligarchs who support him, and the Russian economy. Want to submit questions? Drop them right here on the Exchange: https://rvtv.io/3ClhVc6

IEA: Europe Will Have To Cut Gas Usage By Nearly One-Third