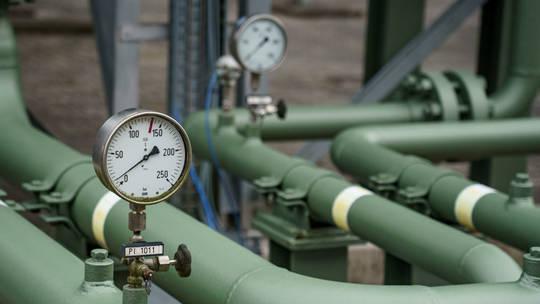 Despite levying punishing economic sanctions on Russia, German Chancellor Olaf Scholz said on Monday that Europe needs to keep importing Russian oil and gas, which he said are “essential” for the continent’s energy security.

“At the moment, Europe’s supply of energy for heat generation, mobility, power supply and industry cannot be secured in any other way,” than by importing from Russia, read an official statement from Scholz’ office. “It is therefore of essential importance for the provision of public services and the daily lives of our citizens.”

Germany relies on Russia for around 55% of its total gas supply, while the EU imports more than half of all its energy products. Of these imports, Russia supplies 41% of gas, 46% of coal, and 27% of oil.

The EU, therefore, has been reluctant to sanction Russian energy in response to the conflict in Ukraine, even while hitting Moscow with unprecedented restrictions, closing its airspace to Russian flights, banning Russian media, and supplying arms to Ukraine.

For Germany, ensuring the continued flow of oil and gas is even more critical. The country’s investment in wind power has failed to deliver enough energy to make up for coal plant closures, and its last three nuclear plants are slated to close by the end of this year. The Nord Stream 2 pipeline was set to shore up Germany’s energy needs with cheap natural gas from Russia, until Berlin cancelled its certification prior to Russia’s military offensive in Ukraine.

Germany is currently moving to reduce its reliance on Russian gas, with Economy Minister Robert Habeck announcing on Saturday that it would build two Liquefied Natural Gas (LNG) terminals to allow imports from suppliers like the United States. Meanwhile, Germany is already exceeding the targets set out by the EU’s 2030 plan, which calls for 32% of all energy to be generated from renewable sources.

“The German government has been working hard for months with its partners within the European Union and beyond to develop alternatives to Russian energy,” Scholz’ statement continued. “However, this cannot be done overnight. That is why it is a conscious decision on our part to continue the activities of business enterprises in the area of energy supply with Russia.” 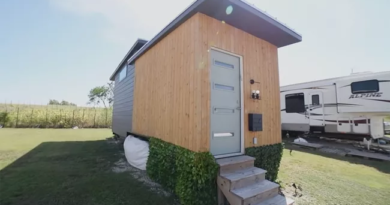 Interior designer simplifies her life in her own tiny home

Where Americans Plan To Cut Back In Face Of Inflation