With newsflow out of Ukraine having become a firehose, with market moving headlines firing every minute, traders can be forgiven if they have just given up following the narrative. To help out, here is a snapshot of all the latest market-moving news out of Ukraine over the weekend and overnight, courtesy of Newsquawk: 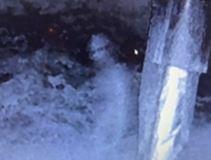 Much Of Ukrainian Capital Without Power & Water After New Russian Airstrikes

The CBO Projects That By 2043, US Deaths Will Exceed Births