“Moscow received documents from employees of Ukrainian biological laboratories confirming that components of biological weapons were being developed in Ukraine, in close proximity to Russian territory.”

“This was stated to journalists by the official representative of the Russian Ministry of Defense, Major General Igor Konashenkov.”

“In the course of (Russia’s) special military operation, the facts of an emergency cleansing by the Kiev regime of traces of a military biological program being implemented in Ukraine, funded by the US Department of (War), were uncovered.”

Ahead, Moscow will reveal documented evidence of the above — along with indisputable facts about Ukrainian crimes of war and against humanity.

US dirty hands have been all over them since the Obama/Biden regime established coup d’etat rule in Kiev.

Development and/or use of bioweapons constitutes a flagrant breach of the 1972 Biological Weapons Convention (BMC).

Under Article 1, over 180 signatory countries agreed never, under any circumstances, to develop, produce, stockpile, acquire, or retain biological weapons.

In 2001, the Bush/Cheney regime abandoned the Biological Weapons Convention (BMC).

According to the Arms Control Association, it was because its dominant policymakers “refused to accept the basic premise of multilateral diplomacy — that all states-parties must be treated equally.”

As US undersecretary of state for arms control and international security at the time, John Bolton played a pivotal role in the Bush/Cheney regime’s action — the Arms Control Association noting:

US rejection of the landmark agreement “may be one of (his) more enduring legacies.”

The BMC bans development, stockpiling, acquisition, retention, and production of the following:

Biological agents and toxins “of types and in quantities that have no justification for prophylactic, protective or other peaceful purposes.”

Weapons, equipment, and delivery vehicles “designed to use such agents or toxins for hostile purposes or in armed conflict.”

Transfer of or assistance with acquiring these agents, toxins, weapons, equipment, and delivery vehicles.

The BMC also requires signatory countries to destroy (within 9 months) all of the above that they may have retained prior to the convention’s adoption.

It prohibited “the Development, Production, and Stockpiling of Bacteriological (Biological) and Toxin Weapons…”

Hegemon USA’s rap sheet includes flagrant breaches of treaties, conventions and other agreements — throughout its history from inception.

Examples abound. Post-WW II alone, they include the following:

During US aggression against North Korea from 1950 – 53, Professor Stephen Endicott’s research discovered the following:

In 1960, the Army Assistant Chief of Staff for Intelligence authorized LSD field testing in Europe and the Far East.

In 1962, chemical weapons were loaded on planes for possible use during the Cuban missile crisis.

In 1966, the New York subway system was secretly used for germ warfare experimentation.

In 1968, the Pentagon considered using chemical weapons (including nerve gas) against civil rights and anti-war protesters.

From the 1960 through at least the 1980s, the US conducted bioweapon attacks against Cuba.

During the Vietnam war, US Operation Tailwind used sarin nerve gas in Laos, including against civilians.

In 1975, the Senate Church Committee confirmed from a CIA memorandum that US bioweapons were stockpiled at Fort Detrick, MD – including anthrax, encephalitis, tuberculosis, shellfish toxin, and food poisons.

International laws banned these substances, used by the US and its imperial allies extrajudicially, including Israel against defenseless Palestinians.

Hundreds of thousands died, perhaps millions worldwide so far — with no end to state-sponsored mass-extermination of unwanted segments of societies in prospect.

“Practically all combat-ready aviation of the Kiev regime has been destroyed.”

“At the same time, we know for certain about Ukrainian combat aircraft that had previously flown to Romania and other border countries.”

“Please note that the use of the airfield network of these countries for basing Ukrainian military aviation with subsequent use against the Russian armed forces can be regarded as the involvement of these states in an armed conflict.”

Separately on Saturday, Russia’s Foreign Ministry reported “an unprecedented level of Russophobia in several foreign countries in the context of the special military operation in Ukraine,” adding:

“(D)iscrimination campaigns (are targeting) Russian students, athletes and cultural and arts figures…with the connivance or open encouragement of” US/Western and complicit regimes.

Anyone considered Russian or Russian-speaking is vulnerable.

US/Western conventional and social media are complicit in hate-mongering rage against all things Russia.

In Germany and elsewhere in Europe, shops selling Russian products were attacked.

So were vehicles with Russian license plates.

Information on responsible parties is being collected and evaluated by Russian authorities to hold them legally accountable.

On March 3, WaPo surprised by reporting the following:

“The Ukrainian (regime) posted grisly photos and videos of killed and captured Russian soldiers in hopes of undermining the Kremlin’s onslaught.”

“(I)n some, their faces are featured in bloody close-ups, frozen in pain.”

In others, prisoners are interrogated by captors about the invasion as they shake with emotion.”

“Some of the men sit crumpled, hands bound, eyes blindfolded with tape.”

International law is clear and unequivocal:

For time immemorial, torture and other forms of abuse have been banned.

The UN Convention against Torture defines the practice as:

“Any act by which severe pain or suffering, whether physical or mental, is intentionally inflicted on a person for such purposes as obtaining from him or a third person information or a confession, punishing him for an act he or a third person has committed or is suspected of having committed, or intimidating or coercing him or a third person, or for any reason based on discrimination of any kind, when such pain and suffering is inflicted by or at the instigation of or with the consent or acquiescence of a public official or other person acting in an official capacity…”

The Third Geneva Convention states the following on treatment of prisoners:

They “must at all times be humanely treated.”

“Any unlawful act or omission by the Detaining Power causing death or seriously endangering the health of a prisoner of war in its custody is prohibited.”

Prisoners “must at all times be protected, particularly against acts of violence or intimidation.”

“No physical or mental torture, nor any other form of coercion, may be inflicted on prisoners of war” for any reasons whatsoever.

“No physical or moral coercion shall be exercised against protected persons.”

“This prohibition applies to…torture (and) to any other measures of brutality whether applied by civilian or military agents.”

The four Geneva Conventions have a Common Article Three.

It requires all non-combatants, including “members of armed forces who laid down their arms,” to be treated humanely at all times.

Longstanding US/Western history reveals contempt for the rule of law across the board.

The same goes for the US-installed, Nazi-infested Kiev regime. 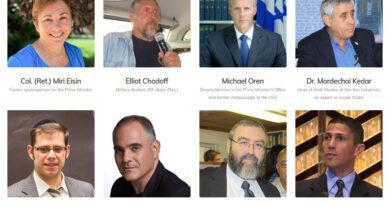 BIG PROBLEMS WITH COPPER PRODUCTION: King Industrial Metal Is The Canary In The Coal Mine For Gold & Silver