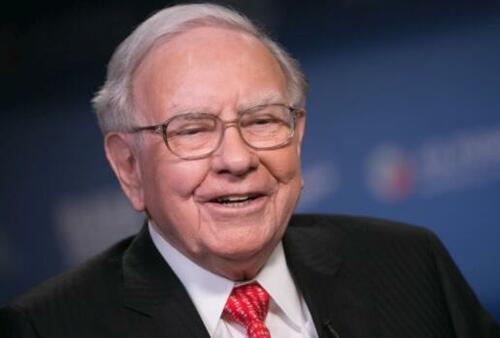 Shares of Occidental Petroleum opened higher on Monday (although off their highs from overnight) after Warren Buffett’s Berkshire Hathaway revealed over the weekend that it had purchased some 61 million shares (worth roughly $3.1 billion) at an average price of $50.87. He apparently bought the shares from Carl Icahn, who has exited the last of his holdings in the oil giant.

Shares of the US-based oil giant were up more than 2% after the open on Monday after reaching a premarket high of $64 (a gain of roughly 4%). The buys bring Buffett’s overall total of 113.7 million shares, a figure that represents an 11.2% stake in the Houston-based energy group.

Buffett’s Berkshire Hathaway filed its SEC Form 4 on Friday (which the firm filed because its ownership stake in Oxy is now higher than 10%) after buying up shares of the company in 14 separate transactions over the course of last week.

Meanwhile, WSJ reported on Sunday that Carl Icahn, who started building his stake in Occidental three years ago (when he disputed the firm’s $38 billion buyout of Anadarko Petroleum, during which it outbid rival Chevron), had sold the last of his shares in the group, and will pull two executives, Andrew Langham and Gary Hu, from the firm’s board of directors.

Largely thanks to the surge in oil prices, Occidetal’s shares have risen more than 4x from their lows at below $10/share back in 2020. Icahn reportedly realized a profit of $1 billion from his investment.

Icahn has his hands full with other ventures: he has recently targeted the utility Southwest Gas Holdings, which recently announced plans to sell a subsidiary he had recommended they sell. He’s also running a proxy contest at McDonald’s over it suppliers treatment of pregnant pigs. The McDonald’s campaign has been an unusual one for Icahn, who only holds a small stake and has said he doesn’t expect to turn a profit from the endeavor.

Berkshire Hathaway had a cash position of more than $140 billion on its balance sheet as of late February, when CEO Warren Buffett published his annual letter to shareholders alongside the firm’s 2021 annual report.

Tesla Hikes Prices As Much As $6,000 On Some Models