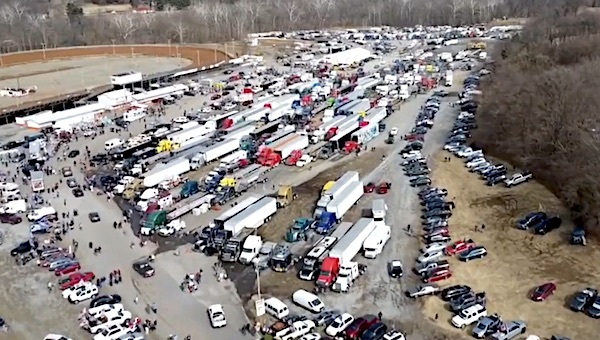 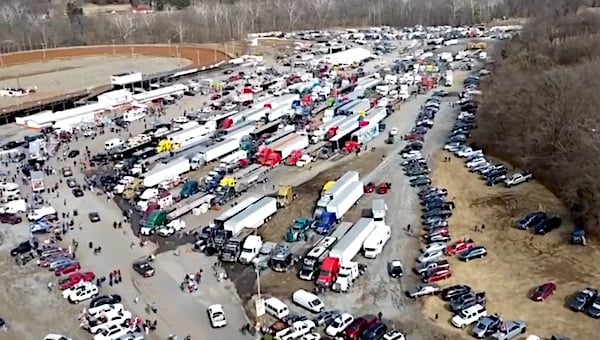 Traffic on the Beltway encircling the nation’s capital was much busier than usual Sunday, as The People’s Convoy of truckers showed up in force to champion freedom and protest COVID-related mandates.

“People are tired, they are fed up” at their freedoms being chipped away, said Kris Young, who was livestreaming the event on Facebook from her truck on the Beltway as her husband drove.

“Our kids and our grandkids are not going to be living in the same country that many of us grew up in.”

She called the event “very fluid,” as the truckers decided against clogging the streets of Washington, D.C. 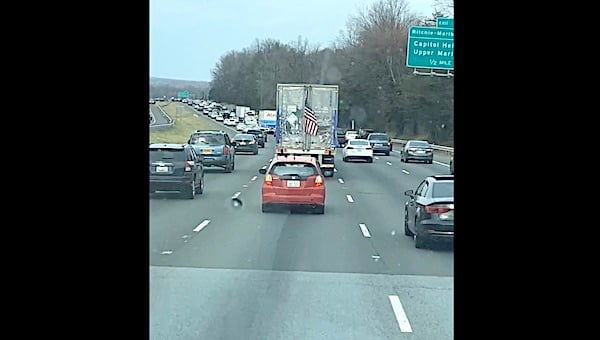 The People’s Convoy on the D.C. Beltway around the nation’s capital on Sunday, March 6, 2022. (Video screenshot)

“We can’t just go in there like a bull in a china shop and lock down D.C. and be infiltrated,” she said. “There is no long-term plans made. We never knew how big it was going to grow from one day to the next and we still don’t know that.”

Young was answering questions live from viewers in her comment stream, saying, “Not only do we not know how big it’s going to grow, we also don’t the know the response we’re going to get from D.C. I’m sure at some point they’re going to want to talk to us. … Talking is great, but we’re demanding action.” 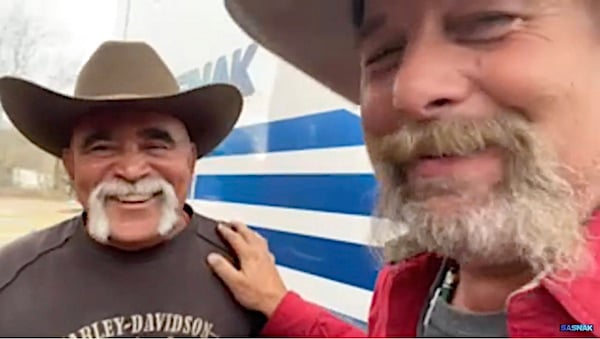 Trucker Stan Sasnak, right, clowns with fellow trucker Reuben from Florida whom he dubbed ‘Sam Elliott’ due to his resemblance to the actor during The People’s Convoy around the nation’s capital on Sunday, March 6, 2022. (Video screenshot)

When asked if she thinks the protest will work, she replied: “I hope it will work. I think this is our last shot at creating change. I believe the country has come together. We’ve said it before: the sleeping giant has been awakened.”

“I think this is a one-shot deal and this is it and this is the time and it has to happen, but it’s gonna take everybody, not just the people here physically in the convoy. Call your state reps, call your congressmen, go to the capitals if you can’t be here with us.”

“We haven’t demanded removal of anybody. However, if that is necessary to get the changes we’re want, that may have to happen,” she continued.

“We want the emergency powers ended which will do away with mask mandates, we want congressional hearings for accepting transparency.” 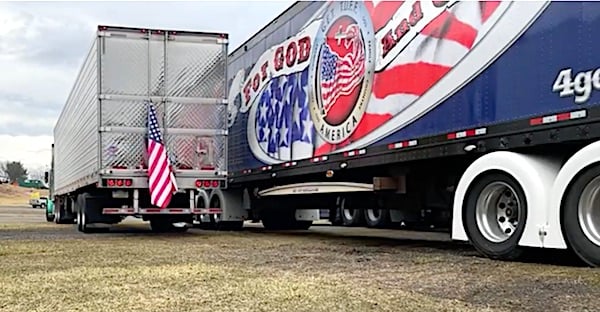 Trucks park next to each other at the conclusion of The People’s Convoy around the nation’s capital on Sunday, March 6, 2022. (Video screenshot)

In a slice of what could be called less-than-pure Americana, Young caught a glimpse of something she hoped her husband at the wheel didn’t see.

“There’s a girl showing her boobs at the Appalachian Trail overpass! Don’t look, Scott!” she shouted.

After commencing last week in California, the truckers staged at the Hagerstown Speedway in Hagerstown, Maryland, on Saturday before making at least two loops around the D.C. Beltway on Sunday afternoon. 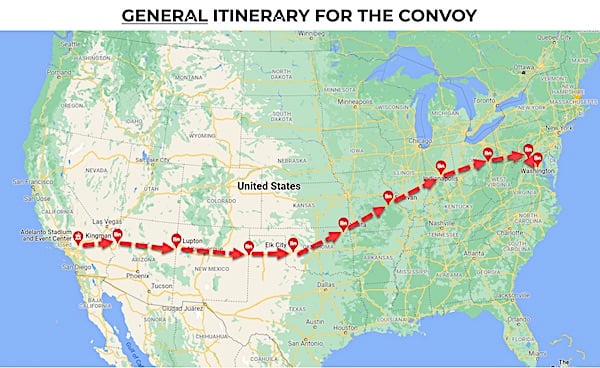 One Twitter posted drone footage of a fraction of the trucks at the racetrack.

“The movement amassed so many cars that the convoy had to split up and stay in neighboring cities as far as 30 miles away from Hagerstown,” the tweet indicated. 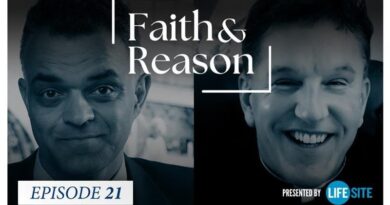 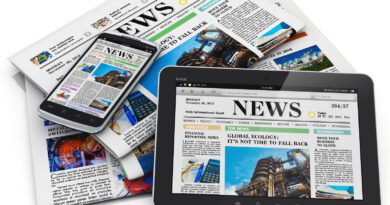 How Deceptive U.S.-and-Allied ’News’-Media Are

BUFFALO MASS SHOOTING ANOTHER OP TO CHANGE NARRATIVE AHEAD OF MIDTERMS? MKULTRA?