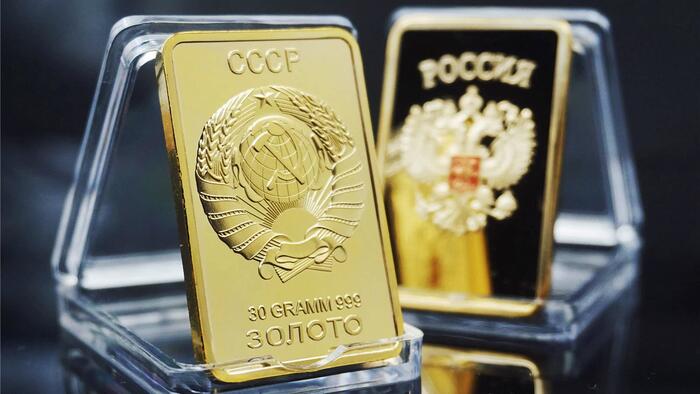 The question was answered today, when the LBMA – London’s gold market – suspended all Russian refineries from its accredited list, meaning their newly minted bars can no longer trade in one of the world’s most important bullion centers.

The London Bullion Market Association said on Monday that it suspended all six Russian gold and silver refineries from its Good Delivery List following sanctions imposed by the U.S., European Union and U.K. on the country. Existing bars produced by the refiners before their suspension will still be accepted. From the statement:

In light of UK/EU/US sanctions and to ensure an orderly market, LBMA has suspended the following gold and silver refiners with immediate effect:

These six refiners will no longer be accepted as Good Delivery by the London Bullion market until further notice.

Following a suspension or a transfer to the Former List, the bars that the Refiner produced while on the List will still be considered Good Delivery. Please see Section 1.4 of the Good Delivery Rules for full details.

As Bloomberg explains, “the decision amounts to a de facto ban on new Russian gold bars entering London’s market, where trillions of dollars of precious metals trade each year.” The LBMA’s Good Delivery list is widely seen as the international standard for financial gold trading, as most bullion banks will only handle metal produced by accredited refineries.

Last month, Russia’s central bank said it would begin purchasing domestically produced bullion again, resuming a long-running buying spree after a two-year pause. The move may prove a lifeline for the countries miners, who will now struggle to find other ways to sell their gold.

It is unclear how gold leasing operations will be impact, and whether the removal of billions in good collateral will lead to another repo linkage break – as Zoltan Pozsar warned overnight – or how that will impact the price of gold.

The status of palladium and platinum refineries remains unchanged, as they are managed by the London Platinum and Palladium Market. Russia is the top producer of palladium, accounting for about 40% freshly mined supply.