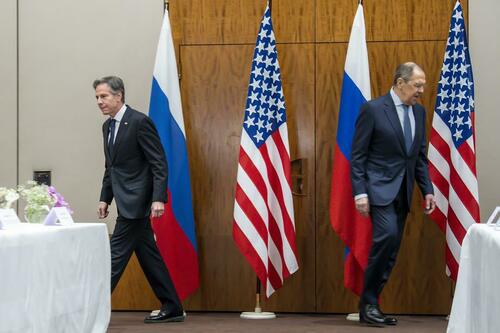 On Friday, Secretary of State Antony Blinken said the US was ready to do what’s necessary to end the fighting in Ukraine, but that doesn’t appear to apply to high-level diplomacy.

However, Pentagon said Friday that top US military leaders haven’t spoken with their Russian counterparts since Russia’s attack on Ukraine began.

Pentagon spokesman John Kirby said neither Secretary of Defense Lloyd Austin nor Chairman of the Joint Chiefs of Staff Gen. Mark Milley have spoken with Russian military officials. “I’m not aware of any other senior leaders here at the Department of Defense,” he said.

Last week, the US and Russian militaries set up a deconfliction line to held avoid miscalculations that could lead to wider escalations. But Kirby said the line is at the “lower operational level.”

When the Russian attack on Ukraine first happened, President Biden said he had “no plans” to speak with Russian President Vladimir Putin, which the White House reaffirmed on Thursday.

“We’re not planning a meeting between them or an engagement or a call. The President’s been very, very clear about that. But we’ll have those discussions internally and weigh the range of factors,” White House Press Secretary Jen Psaki said.

In the months leading up to the invasion, the US and Russia were engaged in intense negotiations. But even then, Biden didn’t give diplomacy much of a chance. Russia made it clear that its main concerns were over NATO expansion and asked for a guarantee from the US that Ukraine won’t ever join the military alliance.

Even though Biden said it was “not very likely” Ukraine would become a NATO member anytime soon, he refused to make the promise to Russia.

Green Vs Green: Endangered Flower May Wipe Out Nevada Lithium Mine