Update (1955ET): Oil Price Information Service (OPIS), the firm that collects and calculates prices for the American Automobile Association (AAA), released new data Monday evening that shows the national average for a gallon of gas at the pump hit a record high, according to CNN.

OPIS monitors the pricing data of 140,000 US gas stations and found that at the close of business on the East Coast, gas prices on average broke the previous 2008 record of $4.11 and printed as high as $4.14.

Gas prices are up 52 cents a gallon in just the last week and 60 cents since Feb. 24, when Russia invaded Ukraine.

Tom Kloza, the global head of energy analysis for the OPIS, warned, “we’ll hit $4.50 a gallon before it turns around … the risk is how bad this gets, how long this goes on. Even $5 a gallon nationwide is possible. I wouldn’t have predicted that before the fighting started.”

The latest melt-up in gasoline prices comes as the Biden administration considers a US ban on Russian energy imports. Just that very messaging by the administration has sent West Texas Intermediate (WTI) over $121/bbl today.

Gas prices were already high heading into the weekend, but new data from American Automobile Association (AAA) shows the national average for a gallon of gas just hit $4 on Sunday, the highest level since 2008, as crude oil supply fears flourish due to Russia’s invasion of Ukraine.

According to AAA, the national average for a gallon of regular gasoline rose to $4.009 on Sunday. That comes after prices jumped more than 40 cents from a week ago and 57 from a month ago. With West Texas Intermediate (WTI) at $115/bbl and Brent around $118/bbl, prices at the pump could easily reach 4.50 if geopolitical turmoil in Ukraine worsens or supplies globally tighten.

Concerns over Russia’s invasion of Ukraine sent crude prices soaring to their largest weekly gain in history as buyers avoid purchasing Russian supplies (the world’s second-biggest exporter). The price shock has dragged on US consumer sentiment and could impact President Biden’s polling data with another drop.

Tom Kloza, the head of energy analysis for the Oil Price Information Service, which supplies data to AAA from 140,000 gas stations, told CNN that rising gas prices would continue.

“This is not the end of it,” Kloza said, adding that price spikes are “absolutely out of control.”

Jim Bianco, founder and chief strategist of Bianco Research, points out gas is just a few cents from the all-time high.

The war started 11 days ago, and the national average of gas prices is up 52 cents over this period, far and away the biggest such move.

Now only four cents away from a new all-time high. pic.twitter.com/RaPGEbVJnt

In another tweet, Bianco said, “when the current crude prices completely filter through the system in the coming days, the national average will be $4.50, and $5.50 in places like NY, IL, and CA.”

He added: “Premium, which is what most new cars take, will top $6.”

Patrick DeHaan, head of petroleum analysis at GasBuddy LLC, said Americans could be paying on average $4.24 a gallon by Memorial Day.

DeHaan warned, “Americans should prepare to pay more for gas than they ever have before.” 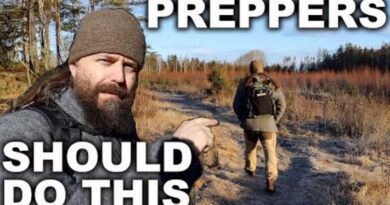 Are preppers forgetting this skill? 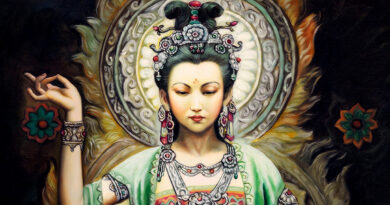 The spiritual meanings of Kuan Yin’s parables and shape shifting