Analysts are scrambling to slash their S&P 500 targets as surging oil prices hammer global stocks, with some analysts projecting that the S&P 500 could drop to 4,000 or perhaps even below. One of the biggest changes comes from Ed Yardeni of Yardeni Research, who last month had a target of 4,800 – which he has just dropped to 4,000, according to Bloomberg. A drop to 4,000 would represent a decline of roughly 5% from the S&P 500’s closing print.

On the more bullish end of the spectrum, Evercore ISI cut its outlook to 4,800 from 5,100. Most blamed the potential for a “stagflationary” outlook which many see as increasingly likely (evidenced by the fact that the Atlanta Fed has cut its Q1 GDP forecast to 0.0%. Their next GDP update isn’t due until Tuesday.

What’s driving all this? Well, crude oil prices on Monday surged to their highest levels since 2008 based on expectations for a ban on Russian commodity flows.

The conflict and the price shock could chill investment and consumer spending just as the Federal Reserve prepares to embark on a series of interest-rate hikes to damp inflation, which was already high on pandemic-era effects.

And while strategists at Bank of American once saw an S&P 500 drop of 10% from peak to trough as enough to trigger the “Fed put”, Evercore ISI’s Julian Emanuel, their chief equity strategist, said in a note to clients that the new expected level for the Fed to step in is 15%.

Even Wilson came out Monday in a note to clients and said that his “bear case” year-end price target of 3,900 is now “in play” as the S&P 500 dropped below his prior “base case” target of 4,400. He also took a second to gloat, noting that “while our view for valuations was out of consensus 3 months ago, it’s becoming more appreciated as others have started to lower the year end price targets.”

And while Treasury yields have retreated despite the Fed’s significantly more hawkish disposition, Wilson explained that the drop in yields “is more about flight to quality bid engendered by the Russian invasion of Ukraine than a Fed that may pivot more dovishly. If that’s correct, then it’s hardly a bullish signal for stocks.”

But Wilson did point to the Q4 earnings performance in the US (along with expectations about Q12022) as the reason the S&P 500 has held up better than the average global stock index, which have mostly been hammered. “With the S&P 500 still the highest quality index in the world, investors ahve flocked to it like a shipwreck survivor clings to a life raft.”

Another advantage for US equities, as Wilson explained, is that the vast majority of their exposure is to the US (overall exposure for US companies is 71%).

For those who are curious about which US firms have the highest exposure to Europe and Russia, Morgan Stanley has been kind enough to produce a list.

As of mid-February (before the Russian invasion), the median year-end target for the S&P 500 among strategists tracked by Bloomberg was 5,000. It closed Friday at 4,328.87.

As for whether the US actually will enter a recession, most on Wall Street still can’t fathom it. Brian Barish, who manages roughly $5.7 billion as chief investment manager at Cambiar Investors said the “stupendous” number of job openings in the US means a recession is unlikely (despite the Atlanta Fed forecast mentioned above).

Instead, he fears a “wage-price spiral” which few on Wall Street expect, but which could do even more damage to equity valuations. 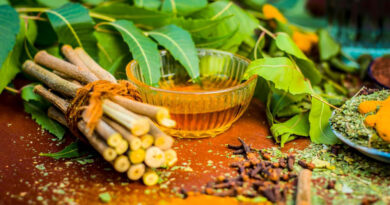 Ayurveda cures all 65,000 patients of covid in Indian town 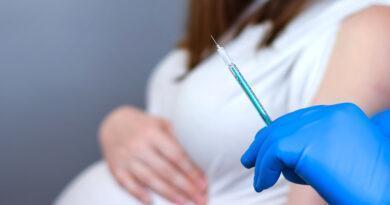