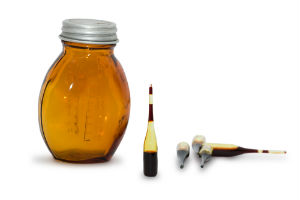 You’ve probably heard of iodine before, but what is iodine and what is it used for? You may remember from chemistry class, iodine is a chemical element of the periodic table with the symbol I and atomic number 53. But Besides knowing the physical properties of iodine, you may not be aware of exactly what iodine is and the immense history behind the use of this vital element. From the various types of iodine to the amount required for optimum health, there is a lot to know about this water-soluble trace element.

Iodine is Required for Health

We need many substances for health, and none do more for us than iodine. Traditionally sourced from the sea, iodine is required by the body for a number of functions. First and foremost, your thyroid gland utilizes iodine to make thyroid hormones.[1] A lack of iodine can cause the thyroid gland to swell up (known as a goiter) in an attempt to increase the uptake of iodine from the blood.[2]

Iodine is also instrumental in brain development,[3] with an inadequate amount actually leading to the most avoidable form of mental retardation known as iodine deficiency-related retardation.[4] Infants, in fact, may actually face lethal consequences if their mothers are severely deficient in iodine. Spiking miscarriage and stillbirth rates, and iodine deficiency can have major repercussions. A research conducted at Arizona State University even linked iodine deficient mothers to autistic offspring.[5, 6]

Iodine can do even more for us! It’s a terrific cleanser, can prevent harm from radiation,[7] and is a detoxing agent. Yet, it’s next to ignored by most modern doctors. This wasn’t always the case, let’s take a look at the history behind iodine.

History of Iodine – The 20s and Now

It wasn’t until 1924 that iodine was added to salt in order to address the widespread number of iodine deficiencies sweeping the nation during that time. Specifically, Great Lakes and Pacific Northwest region were experiencing outbreaks of goiter – the swelling of the thyroid that is entirely avoidable through the utilization of proper iodine levels. The reason? Soil levels were drastically lacking in iodine, and the general public was avoiding foods rich in iodine such as kale, cranberries, and strawberries.

But it’s not the 1920s anymore. These days, processed chemicals have become the norm due to price cutting measures and an ideology of better living through synthetic chemistry. Salt that was previously harvested and sold with minimal processing now exists only as natural, sea salt sold in health food stories. Today, table salt is actually a manufactured form of sodium that is known as sodium chloride.

Sodium chloride does contain added iodine, but also comes with a host of chemical additives and a loss of nutritional value. After being bleached, processed, and loaded with substances like fluoride sodium bicarbonate, modern day table salt is more of a health hazard than an iodine-containing health substance. Skip it.

Even though every aspect of our lives requires iodine. It’s a natural element that’s required to regulate metabolism.[8] White table salt is supplemented with iodine, but it’s unhealthy. Iodine deficiency is tied to many serious health concerns.[9]

Lack of iodine has been tied to breast cancer.[10] So-called iodine “allergies” have nothing to do with iodine! This is just the beginning of the fascinating information about iodine’s value and uses.

Iodine occurs naturally in two primary forms, elemental and ionic.[11] Elemental iodine refers to the atom itself, which is found primarily in the ocean. Single iodine atoms don’t float around by themselves in nature. Atomic iodine refers to two iodine atoms bonded together. In this form, it’s usually highly corrosive.

More commonly, iodine is found in combination with other substances, such as potassium, where it’s known as potassium iodide, and is the type that’s usually added to processed salt.

SSKI is a concentrated solution of potassium iodide. It does have uses, such as topical applications to alleviate some skin disorders, but should not be used as a dietary supplement.

However, a form of iodine that provides both iodide’s safety and the purity of atomic iodine has been developed. It’s known by different terms: nascent, atomic, and colloidal iodine. Atomic iodine makes iodine highly available to the body’s metabolism and is safe to use both internally and externally.

The thyroid is a major gland located in the front of the neck just below the larynx. It controls all metabolic processes involved with energy.[12] If it doesn’t function properly, then you could become fat or scrawny, become lethargic or so overactive that you can’t slow down, and children may not develop properly.

The thyroid must have the right nutrients to function properly — and the single most important one is iodine. It’s used to produce the hormones sent throughout the body to manage energy production. If you don’t have enough iodine to support your thyroid, then it will grow, producing a goiter, which makes your throat look massively swollen and can cause your eyes to bulge out.

One telling study performed by the University in Texas at Arlington actually revealed that table salt will not do the trick, even if you are willing to intake the toxic ingredients associated with the manufactured substance. In fact, they found that salt alone cannot properly address any iodine deficiency.[13]

When looking into the iodine levels within over 80 different types of common iodized salt brands, they found that a shocking 27 of them did not even meet the US Food and Drug Administration’s recommendation for healthy iodine levels. A level that has been continuously pinpointed as being below optimal.

If you’re deficient in iodine, then you need to take more than a maintenance serving. How much more is dependent on a combination of how deficient you are, your metabolic rate, and your ability to assimilate iron. Therefore, specific guidelines on how much iodine you should take assumes that your iodine levels are not deficient. It is difficult to get too much iodine from your diet, unless you eat large quantities of seaweed, or possibly use highly excessive amounts of iodine-fortified salt. This table provides adequate (minimum) and excessive iodine intake according to the Linus Pauling Institute:[14]

*Note that the Linus Pauling Institute says that an infant’s intake should be only from food or formula. It should not be supplemented.

When someone doesn’t have enough iodine, the result is hypothyroidism.[15] The thyroid is unable to produce enough of the required hormones. In early stages, the symptoms include depression.[16] Weight gain is almost a given.[17] If it’s severe, a goiter can develop.

One of the hormones produced by the thyroid is thyroxine.[18] Too much thyroxine production causes hyperthyroidism. This is a serious condition that leads to weight loss, anxiety, hyperactivity, and fatigue.[19] Although rare, it can also be caused by excessive iodine intake. As in every other area of health, balance is important in iodine supplementation.

In rare cases, a dangerous condition called a thyroid storm, in which too much thyroxine is produced, can occur. It’s a serious health emergency. In such cases, a standard medical system treatment is to give SSKI, a concentrated potassium iodide solution. This informs the thyroid that there’s enough iodine in the blood, so it will stop producing excess hormone. However, nascent iodine can produce the same effect.

Though rare, it is possible to take too much iodine, so it’s important to recognize the symptoms of overdose. These include abdominal pain, delirium, fever, vomiting, and shortness of breath.[20] The potential of iodine overdose is another reason not to use potassium iodide, since it’s concentrated to unsafe levels for ingestion.

Iodine Deficiency is a Major Concern in the US

Although it wasn’t intentional, until recently a major portion of Americans’ source of iodine was from flour. Now, though, the process has been changed, and that invisible source disappeared. As a result, as reported by Psychology Today, iodine deficiency has become a serious concern.

Unless you use synthesized and processed white salt, which isn’t healthy, there’s a significant risk of developing hypothyroidism. Symptoms of iodine deficiency include slowing of mental function, poor immunity, and breast cysts, among others indicative of an inactive thyroid.[21]

How to Check Yourself for Iodine Deficiency

Fortunately, it isn’t difficult to test yourself for iodine deficiency. All you need is iodine! You paint it on your skin and then see what happens. The details of the test are given in this article – How to Perform the Iodine Patch Test.

Iodine deficiency has long been known to be a serious issue in pregnant women. Not only can it harm the mother, but also produce permanent damage to the fetus, particularly in the brain. Pre-eclampsia, a life threatening condition that can happen to pregnant women, has been associated with hypothyroidism.[22]

Good thyroid function is critical in pregnancy. Particularly worrisome is that research has found a link between iodine deficiency and autism. The American Thyroid Association now urges pregnant women to take iodine supplements, specifically for their infants’ mental health.[23]

Iodine has an enormous range of uses. It protects people who’ve been exposed to radiation. It can be used as a douche to ease vaginitis. Its as good an antioxidant as vitamin C. It boosts metabolism. The range of iodine’s uses is astounding. If you’re wondering what could prove to be the single most important supplement or dietary consideration, the first place to look is iodine.

Fukushima is waking people up to the risks of radiation. Your thyroid is particularly sensitive to damage because one of the radioactive elements is iodine. If your thyroid does not have enough iodine, then any radioactive iodine will be absorbed. Since most Americans’ thyroids are dramatically depleted of iodine, any exposure to radioactive iodine can be devastating.

Some hair loss that’s usually considered part of being a man may actually be a symptom of iodine deficiency. This isn’t a new theory, because sheep farmers have known for centuries that lack of iodine can result is deficient and poor quality wool. If you’re suffering from hair loss, you may simply need iodine supplementation.

There are three ways to get iodine. They are diet, supplementation, and iodized table salt. Adding iodine to table salt makes sense, since iodine is such a critical nutrient. The concern is that the salt that’s iodized is not natural or healthy.

Iodized salt has been processed to remove the beneficial micronutrients that are necessary for good health — and then harmful chemicals are added. Most shocking is that fluoride, which has no place in metabolism, is now often added! That’s why you need to get your iodine from food or supplementation.

Unfortunately, one of the main reasons people have become iodine deficient is that modern agricultural methods have depleted soil, so it’s now very difficult to get it from diet. So how is it possible to suggest getting iodine from food?

There’s a major difference between the nutrient levels of foods grown organically and those produced by agribusiness. Organic methods respect soil and replenish nutrients so that they aren’t depleted. Depleted soils cannot produce nutrient-rich food. Therefore, the key is to eat organically-produced food.

You can get iodine from a wide range of healthy organic foods, such as dark, leafy greens and strawberries. There is one other way to identify foods that are likely to be rich in iodine. Nearly all the world’s accessible iodine is in the ocean, so seafood tends to be rich in it. Therefore, sea vegetables and ocean fish are usually great iodine sources. 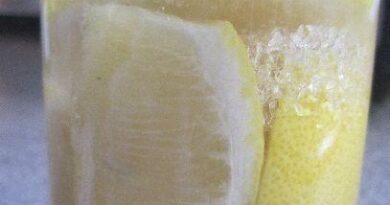 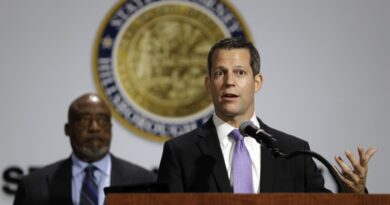