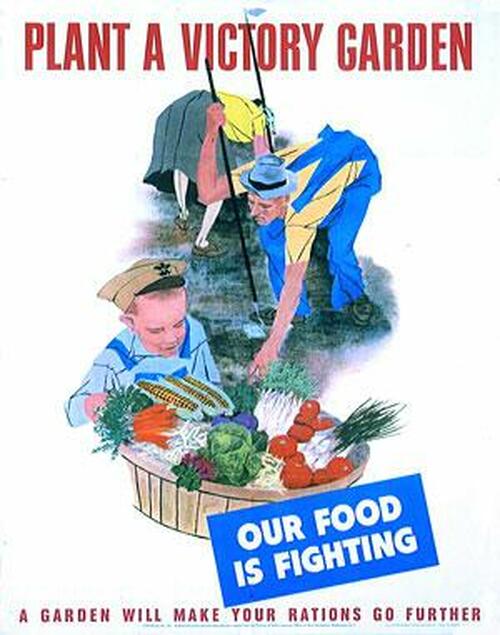 Spring in the northern hemisphere is two weeks away, and interest in planting gardens could rise as the breadbasket of Europe was choked off by the Russian invasions of Ukraine, jeopardizing global food exports resulting in skyrocketing prices.

Even before the turmoil in Ukraine, American households were under pressure due to soaring food and gas prices. The invasion just made things a lot worse as commodity prices jumped the most last week since the stagflationary period of the mid-1970s.

New UN global food price, released on Friday, showed global food prices in February surpassed a previous record set in 2011. About a quarter of the international wheat trade, about a fifth of corn, and 12% of all calories traded globally come from Ukraine and Russia. Food exports in the region have been halted due to conflict and sanctions.

This leaves us with a shrinking global food supply that may further price increases. Since spring is just weeks away, Americans will be in for a shock at the supermarket as the latest round of food inflation makes it to the store shelves. To mitigate the impact of grocery bills tearing apart household finances — interest in farming and planting gardens could take off and help expand the food supply.

The US government highly encouraged the planting of ‘War Gardens,’ commonly known as ‘Victory Gardens,’ in the dark days of World War II. People planted gardens in backyards, empty lots, and even city rooftops — people pooled together their resources and harvested all sorts of diversified vegetables and fruit in the name of ‘patriotism.’

The most abundant crops of Victory Gardens were beans, beets, cabbage, carrots, kale, kohlrabi, lettuce, peas, tomatoes, turnips, squash, and Swiss chard because they were easily canned and stored.

Victory Gardens are not a thing of the past and could soon be revitalized as food supply chains are disrupted as conflict breaks out in eastern Europe.

While empty shelves and supply shortages are still a lingering side effect of the virus pandemic, the call by the American people for NATO to erect a “no-fly zone” to protect Ukraine from Russia soars, according to a Reuters/Ipsos poll on Friday. Russian President Vladimir Putin said a no-fly zone would be considered ‘an act of war.’ For more on what a no-fly zone means, read: “Reality Check: A “No-Fly-Zone” Over Ukraine Means WW3.”

Better start planting those Victory Gardens as spring is just two weeks away. Also, you might want to load up on bread at the supermarket as prices may jump.