President Joe Biden said gas prices in America that are already at historical highs are going to continue to go up and that there’s not much that can be done about it at this time.

On Tuesday the president announced a ban on Russian energy imports as the latest move from the United States to isolate Russia’s economy in response to its invasion of Ukraine. Later in the day, as Biden landed in Texas, a reporter asked for his message to the American people on gas prices, which reached a record $4.173 on Tuesday, according to the American Automobile Association (AAA).

“They’re going to go up,” said Biden of the prices.

When asked what he can do about it, the president responded: “Can’t do much right now … Russia is responsible.”

Pres. Biden asked what can be done about skyrocketing gas prices: “Can’t do much right now. Russia is responsible.” pic.twitter.com/kqqjx0A6YV

Just so everyone is on the same page, here is the Russian invasion in the context of the average US gas prices.

Gas prices have been on the rise ever since dropping below $2.00 a gallon during the COVID lockdown measures in 2020. Those increases have accelerated since around the start of 2022 as Russian tensions with Ukraine escalated and Russia later invaded.

Biden has moved to release a total of 90 million barrels of oil from the Strategic Petroleum Reserve this fiscal year, but that amounts to a drop in the bucket as the United States consumes an average of about 20 million barrels per day. The national average price of gas has increased by more than 71 cents over the past month, according to AAA.

“Americans are paying a higher price at the pump because of the actions of President Putin,” said White House press secretary Jen Psaki Tuesday aboard Air Force One. “This is a Putin spike at the gas pump, not one prompted by our sanctions.”

Needless to say, that statement is misleading at best: despite explicitly provisioning for Russian energy exports across the first round of sanctions in late February, the relentless jawboning by western powers spooked potential buyers that an even harsher round of sanctions was coming and they decided to “self-sanction” and balk at buying Russian oil. Shell, which was the only major that publicly purchased Russian Urals Brent (at a massive $28.50 discount last week) after getting explicit government approval to do so, was publicly shamed and ostracized and today announced it would not purchase any more Russian oil. As a result, while Russian oil went bidless, the price of non-Russian oil went offerless…

… and since it was already effectively pricing in de facto sanctions, the White House saw little downside in pulling the cord and at least getting some optic virtue signaling points (the only reason it can do that is because Russian oil exports to the US are relatively modest; the reason Europe hasn’t followed the US in banning Russian oil is because the continent imports far more Russian crude). After all, the damage was already done.

Meanwhile, some members of Congress have called for the United States to increase its domestic oil production as a means of stabilizing gas prices, though this runs counter to the Biden administration’s effort to move the United States away from fossil fuels, a core impartive of the ultra-progressive (and vocal) flank of the Democratic party.

Biden signed an executive order during his first days in office, putting a halt to new fossil fuel drilling leases, prioritizing goals meant to “mitigate climate change.” But the White House has since repeatedly denied its policies are limiting oil production, pointing to an increase of production compared to President Donald Trump’s first year in office and 9,000 unused permits for oil companies to drill on federal land.

“They have 9,000 permits to drill now. They could be drilling right now, yesterday, last week, last year. They have 9,000 to drill onshore that are already approved,” President Joe Biden said of U.S. oil companies Tuesday as he announced the ban on Russian oil imports. “So let me be clear—let me be clear: They are not using them for production now. That’s their decision. These are the facts. We should be honest about the facts.”

“We’ve actually produced more oil, it is at record numbers, and we will continue to produce more oil. There are 9,000 approved drilling permits that are not being used,” Psaki said on Monday. “So, the suggestion that we are not allowing companies to drill is inaccurate.”

But American Petroleum Institute spokesman Kevin O’Scannlain calls this argument “a red herring, a smokescreen for energy policies that have had a hamstringing effect” on U.S. natural gas and oil production.

O’Scannlain says the White House is mischaracterizing the way leases work. He points to “use it or lose it” requirements that oil companies produce gas or return leases to the federal government. He also notes the significant time and financial investment needed to lease land and search for oil, as well as federal limits on companies locking up excess unproductive land.

Kathleen Sgamma of Western Energy Alliance called Psaki’s comments a “cynical attempt to deny the effects of the president’s own ‘no federal oil’ policies.” Sgamma said many lease are held up by environmentalist groups and federal red tape.

Since before Russia decided to invade Ukraine, the White House has said it was in discussions with large oil producers around the world to negotiate ways to stabilize the energy market. These have included Saudi Arabia, Iran, and Venezuela.

Reports from over the weekend were later confirmed by the White House that high-level Biden administration officials were travelling to Venezuela to meet with the regime of socialist dictator Nicolás Maduro.

“Instead of witnessing his border crisis or meeting with American energy producers, Biden would rather buy oil from terrorist regimes and let millions of illegal immigrants flow into the country,” the statement reads. “Americans are paying for Biden’s abject failure.”

Biden travelled to Texas Tuesday with a bipartisan group of lawmakers to meet with veterans groups and deliver remarks on veterans’ health.

Meanwhile, as we reported last night, there is a one simple thing that the White House can do to offer immediate, if modest, relief at the pump: it can reactive the Keystone XL pipeline: this weekend, the top officials of the oil-producing province Alberta said that Canada’s oil could easily replace American imports of Russian crude.

Alberta’s Premier Jason Kenney said that would be attending the CERAWeek conference in Houston this week, where “we will be meeting with decision-makers to secure access to markets, attract job-creating investment to our province, and argue for Canadian energy to displace Russian conflict oil.”

Kenney also said that Alberta would be delighted to welcome a visit from U.S. President Joe Biden, as one reportedly being considered to Saudi Arabia.

Kenney noted that in a visit by President Biden to Alberta “We could discuss how to ship nearly 1 million barrels of day of responsibly produced energy every day from the USA’s closest friend and ally! All it would take is his approval for Keystone XL. Easy.”

Something tells us the White House doesn’t care. 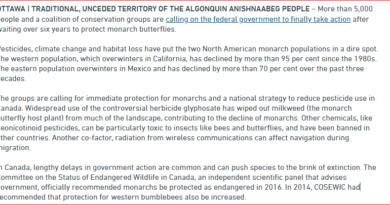